What’s the difference between a driver privilege card and a driver’s license? The name.

Following the lead of New York, which began allowing “undocumented immigrants” to obtain driver’s licenses in December of 2019, Virginia will make driver privilege cards to “people who cannot qualify as lawful residents of Virginia” beginning on New Year’s Day.

According to Washington station WTOP, “for years activists have been pushing for the permit, arguing it was a matter of public safety.” The rationale behind the claim appears to be a 2018 study that found that hit-and-run deaths declined in California after the state allowed illegal aliens to hold driver’s licenses. But that seeming solution overlooks other troubling data. Among these are that unlicensed drivers — the vast majority of whom are illegal aliens — are five times more likely to drive drunk, five times more likely to become involved in fatal accidents, and twice as likely to flee the scene. It remains to be seen how granting them driver’s license or privilege cards will reduce the first of those statistics, which contribute to the other two.

According to the website of the Virginia Department of Mother  Vehicles, applications for driver privilege cards are available to non-U. S. citizens who are residents of Virginia, anyone who has reported income from Virginia sources or is claimed as a dependent on a Virginia tax return filed in the past 12 months, and anyone who has not had his driving privilege suspended or revoked in Virginia or any other state.

Jake Tapper: Kayleigh McEnany ‘lies the way that most people breathe’
Next Post
Cartoon of the Day: Privilege alert 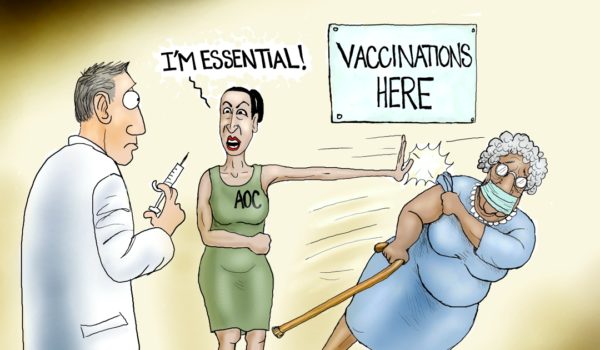