An election is being held on January 5 in Georgia that will determine whether the left takes control of the U.S. Senate. Two Senate seats are up for grabs. One Senate race pits Republican Sen. Kelly Loeffler against left-wing Democrat Raphael Warnock. Warnock would be the most radical member of the U.S. Senate if he were elected. The other Senate race pits Republican Sen. David Perdue against progressive Democrat John Ossoff.

Polls show both races are very, very close — virtual ties. The left-wing radical Warnock leads Loeffler by 0.6% in the polls, and  Perdue leads Ossoff by 0.5%. If you live in Georgia and you stay home rather than vote, that could not only give Democrats control of the Senate. It could send a message to the Democrats that there is no cost to them nominating radical leftists like Raphael Warnock or radically transforming America in a left-wing direction. If Warnock and Ossoff win, that will encourage the Democrats to pass all kinds of radical legislation, rather than being relatively cautious.

As Betsy McCaughey notes in the New York Post, Warnock wants to raise taxes and largely “empty the jails.” He wants to release many dangerous people without bail, and, in his words, “open up the jails.” And in the past, when people suggested he wanted to “empty the prisons,” too, he didn’t deny that (although he has not specifically called for releasing all prison inmates, as opposed to certain categories of inmates; he has called for mass releases of prisoners).

Warnock has called police officers “gangsters and thugs,” and has alleged that the police pose a threat to America’s children. And, as McCaughey notes, “Warnock refused to answer whether he’d support the Democratic Party’s most radical, far-reaching scheme: packing the Supreme Court.”

Warnock has preached that “you cannot serve God and the military,” which would come as a surprise to countless military chaplains. Warnock’s church hosted the Communist Cuban dictator Fidel Castro and called him “one of the great leaders of the world” (even though Castro impoverished Cuba and left many of its citizens malnourished to the point of thousands of Cubans suffering blurred vision and numbness from protein deficiency).

In any ordinary election, Warnock and Ossoff would be too left-wing to win in a moderate-to-conservative state like Georgia. But money talks and an avalanche of money has poured into Georgia to elect him, funded by left-wing people in places like California and New York. Warnock and Ossoff have raised over $200 million in the last two months — a staggering sum of money.

Warnock’s rhetoric over the years has been anti-American. He has claimed that America’s human rights record is worse than that of China and Iran. Never mind that at this very moment, there are millions of racial and religious minorities locked in concentration camps in China’s Xinjiang region. They have been there for years, subjected to violence, malnutrition, and “re-education training” to erase their culture and religion. Iran’s regime regularly uses executes and tortures citizens who speak against the regime. Warnock believes these countries are better than America.

Warnock also publicly called Israel an apartheid state from his pulpit in 2015.

The conservative Donald Trump Jr. and Maryland’s moderate Republican governor Larry Hogan don’t have much in common. But both of them agree it is important for Georgians to vote on Jan. 5, to prevent left-wingers Warnock and Ossoff from winning, because that could lead to a radical transformation of American society, and harm our economy.

In a Dec. 26 email, Trump Jr. noted that “even ‘moderate’ Democrats are beholden to the radical left” these days, and says that as a result, Schumer is “ready to implement” a radical left-wing “agenda the moment he’s sworn in as Majority Leader” after Warnock and Ossoff win. “The Senate is our last line of defense,” Trump warned in a Nov. 17 email.

Larry Hogan doesn’t like Donald Trump. But he doesn’t want the radical left to take over America either. So he is endorsing conservatives Loeffler and Perdue in their Senate races. Hogan warns that if Democrats control both houses of Congress they may pursue “two years of divisive, toxic battles over packing the Supreme Court, abolishing the Senate filibuster, and pushing the Green New Deal.” He said a GOP Senate majority would “take these destructive proposals off the table.” “Do we want to unleash the extremes of both political parties, or do we want to empower leaders in Washington to find bipartisan, common-sense solutions to the challenges we face?” Hogan asked. The governor called the Nov. 3 elections a “mandate for moderation.” 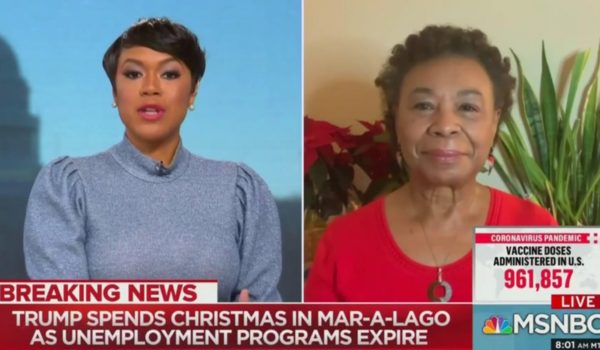 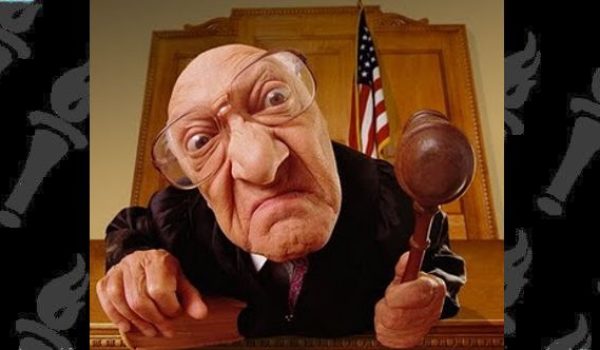