According to IRS filings, The group Integrity First for America (IFA) made the contribution in 2018 for the legal defense fund of Bean LLC, the holding company for Fusion GPS.

IFA, which launched in October 2017, is the first entity to be identified as one of Fusion’s benefactors. Initially billed as an anti-corruption group that planned to investigate Donald Trump’s business dealings, IFA has since turned it focus on litigation against white supremacist groups.

Fusion GPS’s founders, Glenn Simpson and Peter Fritsch, wrote in a book last year that the company received outside funding to help cover millions of dollars of legal bills it accumulated from dossier-related lawsuits and congressional investigations.

Simpson and Fritsch wrote that they received financial support from a “few donors,” but did not disclose who they are.

It is not clear whether Hoffman was aware that IFA has helped Fusion GPS.

The New York Times reported in October 2017 that Hoffman planned to give more than $1 million to IFA. IFA’s board chairwoman, Monica Graham, told Agence France-Press in February 2018 that the initial funding for the group came from Silicon Valley funders. She singled out Hoffman as a significant donor.

IFA received $2.9 million in contributions in 2017 and nearly $9 million in 2018, according to its filings with the IRS.

Hoffman has funded multiple anti-Trump and anti-Republican initiatives, some of which have faced accusations of pushing politically-charged disinformation.

Hoffman apologized in late 2018 after The New York Times reported that he was a top funder for a project spearheaded by the tech firm New Knowledge, which created fake online personas aimed at influencing conservatives voters in Alabama’s Senate special election in December 2017.

According to the Times, the project’s operators created thousands of fake Russian accounts that followed Republican candidate Roy Moore. The mass following generated national media coverage and fueled the narrative that Republicans were the party favored most by Russia.

New Knowledge worked closely with Fusion GPS, according to a book by Fusion founders Glenn Simpson and Peter Fritsch. The firm also contributed to a Senate Intelligence Committee report about Russia’s efforts to push disinformation on social media.

Hoffman was an early backer to ACRONYM, the progressive tech company behind the botched app used in the Iowa Democratic caucuses earlier this year.

Another Hoffman-funded entity, American Engagement Technologies, published misleading Facebook ads from accounts designed to stifle Republican voter turnout in the special election. Facebook announced in January 2019 that it was investigating News for Democracy, another group Hoffman financed that was accused of publishing misleading news stories ahead of the 2018 midterms.

Dmitri Mehlhorn, who is reported to be Hoffman’s top political adviser, was on the board for News for Democracy. He is also on the board of IFA.

Susie Buell, a Democratic activist who is close to Bill and Hillary Clinton, is also an IFA board member.

One of IFA’s founding executives is Mary Mapes, a former CBS News producer who was fired in 2005 over her work on a report on fabricated documents that said George W. Bush dodged serving in the Vietnam War.

Dan Rather, the longtime CBS News anchor, aired a story about the documents on Sept. 8, 2004, two months before the election. CBS retracted the story less than two weeks later, citing a series of errors in its handling of the fake Bush documents.

After hiring Christopher Steele in June 2016, Fusion GPS’s founders disseminated the ex-spy’s memos to numerous heavy hitters in Washington, including to prominent Beltway reporters and to officials at the Justice and State departments.

Steele provided memos from his dossier to the FBI, which used the information to advance its investigation into the Trump campaign’s possible ties to the Russian government.

Several key allegations from the dossier have fallen apart in the nearly four years since BuzzFeed published the document.

Special counsel Robert Mueller’s report said that investigators found no evidence to support Steele’s central theory of a “well-developed conspiracy of cooperation” between the Trump campaign and Russian government.

Steele alleged that former Trump lawyer Michael Cohen met with Kremlin insiders in Prague to discuss paying off hackers. The special counsel’s report and a report from the Justice Department’s inspector general said Cohen never visited Prague and that no Trump associates were involved in hacking or releasing emails stolen from Democrats.

It has since emerged that Steele relied on only one source, a Russian analyst named Igor Danchenko, to collect information about the Trump campaign and Russia. Danchenko told the FBI in January 2017 that he did not verify many of the most damning allegations in the dossier.

The IG report also said that the FBI received evidence in 2017 that Russian intelligence operatives may have fed disinformation to Steele.

Fusion GPS faced multiple lawsuits over the dossier and squared off with House Republicans investigating the origins of the salacious report.

The owners of the Russian bank Alfa Bank sued the company over a memo in the dossier that accused them of bribing Vladimir Putin. While the lawsuit is ongoing, the bankers won its lawsuit in the U.K. against Steele. A judge ordered the former spy to pay damages to the bank and said that his allegations about Alfa Bank were “inaccurate or misleading.”

Fusion GPS also fought against Republicans on the House Intelligence Committee in federal court to block the release of bank records that showed who paid the company for its work on the dossier. The records showed that the Clinton campaign and Democratic National Committee paid Fusion GPS more than $1 million for the research.

Simpson and other Fusion GPS executives have also been called to testify before multiple congressional committees, including the House and Senate Intelligence committees, and the Senate Judiciary Committee.

Fusion GPS continued its investigations against Trump even after the release of the dossier.

Weeks after Trump took office, Fusion GPS partnered with a newly-formed nonprofit group called The Democracy Integrity Project to continue investigations of Trump and of Russian interference in Western politics.

TDIP’s founder, Daniel Jones, told the FBI in March 2017 that his organization was set to receive $50 million in funding from a group of 10 wealthy progressive donors. He offered to provide the group’s research to the FBI and said they would be sharing it with lawmakers and the media.

A group directed by billionaire financier George Soros contributed at least $1.5 million to TDIP in 2017 and 2018, according to tax filings.

Another nonprofit group founded by Jones called Advance Democracy Inc. paid $485,000 to New Knowledge in 2018, according to tax records.

In 2017, the Campaign for Accountability (CfA) began investigating one of Fusion’s arch-rivals, then-House Intelligence Committee Chairman Devin Nunes. CfA accused Nunes of disclosing sensitive information about Fusion GPS during the Republican’s investigation into who funded the Steele dossier.

Requests for comment submitted to Fusion GPS and Hoffman’s firm, Greylock Partners, were not returned. 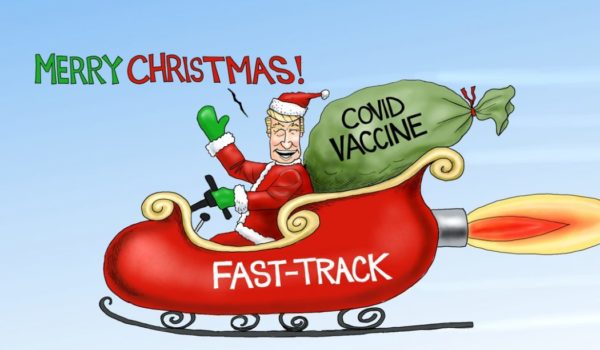 Cartoon of the Day: Orange Man Good
Next Post
Mich. courts locking up children for disobeying their parents, skipping school 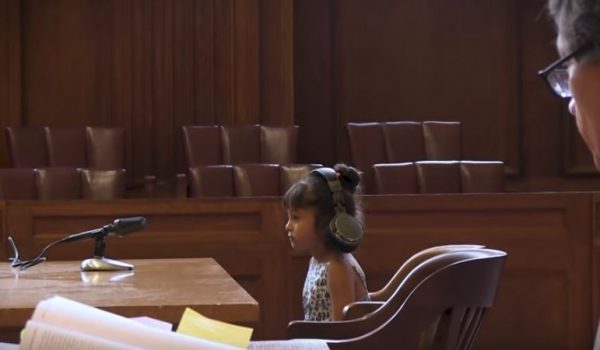