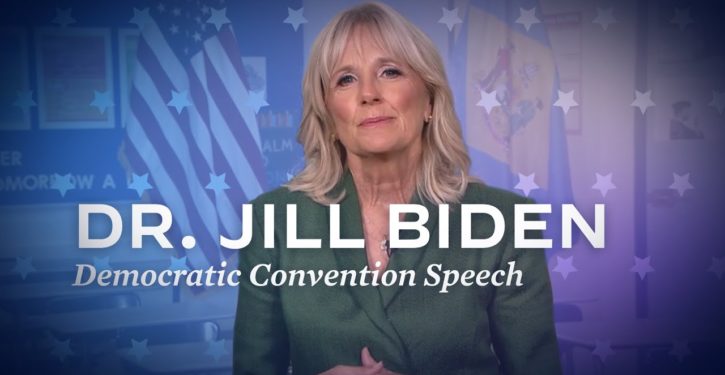 Jill Biden calls herself “Dr.” because she received an Ed.D. degree. To get that degree, she wrote a dreadfully bad “dissertation/executive position paper.” It was not, in substance, a dissertation, and its quality was simply awful. Indeed, its quality was so poor that people would have questioned its adequacy, if her husband hadn’t been a powerful politician in Delaware, whose state university gave her the degree.

Yet, a lecturer emeritus got canceled by Northwestern University recently for questioning whether Jill Biden should be called “Dr.”

As Townhall notes, “Dr.” Jill Biden’s “dissertation” was utter tripe — full of typos and math mistakes even a child wouldn’t make, that wouldn’t be tolerated in a high-school paper. Biden’s paper also showed deep ignorance about history and our educational system.

For example, Mrs. Biden’s paper shows that she doesn’t understand fractions, or basic arithmetic, unlike most schoolchildren and adults. In it, she mistakenly wrote that three-quarters plus one-quarter does not add up to one: “Three quarters of the class will be Caucasian; one quarter of the class will be African American…the remaining seats will be filled with students of Asian descent or non-resident aliens.” What remaining seats?

Mrs. Biden also described a quintupling of enrollment as a mere 230% increase — getting the math wrong by a factor of almost two: “‘By 1963, public and private two year headcount enrollment stood at 850,361. By 1980, enrollment had grown to 4,526,287… approximately a 230 percent increase in student attendance.'”

People assume that because Mrs. Biden received a doctorate, her paper must have been a “dissertation.” But it wasn’t; in reality, it was a mere “executive position paper.” As law professor Eugene Volokh notes, the University of Delaware did not require Mrs. Biden’s paper to conduct any original research, as is required for a dissertation. Her degree was also not like a Ph.D, because it required less coursework than is needed to get even a lesser professional degree like a J.D.

Lawyers like me need three years of full-time study to get a J.D; Mrs. Biden’s degree only required part-time study for 3-4 years.

So her degree wasn’t the equivalent of a Ph.D, a medical degree, or even a professional degree, in terms of its rigor.

Yet it now insists that Mrs. Biden, who is not a physician, must be called “Dr.” The media’s misleading references to Mrs. Biden as “Dr.” have resulted in some people — including TV personalities — falsely believing that Biden is a medical doctor.

People who question whether Mrs. Biden should be referred to as “Doctor,” are accused of sexism and racism by the liberal media.

Many years ago, even liberal newspapers like the Washington Post and Los Angeles Times admitted that it was inappropriate to call Mrs. Biden “Doctor,” because she doesn’t have a medical degree. Reporters argued that only physicians should be referred to as “Doctor,” citing the stylebooks of newspapers like the Philadelphia Inquirer.

In 2017, the Washington Post reiterated this longstanding rule in explaining why a conservative White House official should not be referred to as “Dr.,” even though he had a PhD.

But after conservatives questioned Mrs. Biden’s use of the title, and she seemed likely to become first lady, the liberal media switched position to claim that it is sexist not to call Mrs. Biden “Doctor.” This is gaslighting by the media, not to mention inconsistent and hypocritical.

Moreover, the quality of Mrs. Biden’s paper is so bad that it should disqualify her from having even a bachelor’s degree. Her paper contained far less information than the paper I wrote for my constitutional-law seminar at Harvard Law School. So it is insufferably pretentious for Mrs. Biden to call herself “Dr.”

In her insistence on being called “Dr.,” Mrs. Biden resembles the pompous wife of the dictator of Communist Romania, Elena Ceauşescu. Although almost illiterate, Ceauşescu insisted that she be called “Doctor” by her subjects. As Nature notes, “Elena Ceauşescu did not have a BSc, but the power of her husband Nicolae – Romania’s dictator until communism fell – still made sure that the University of Bucharest awarded her a PhD in chemistry.” She received a doctorate in chemistry, even though she knew little about chemicals, and could not even properly pronounce chemical compounds like carbon dioxide.

The university awarded her a doctorate to curry favor with her husband, Romania’s communist dictator. Similarly, the University of Delaware had every reason to ingratiate itself with Joe Biden, Delaware’s long-time senator. Senators long had the power to direct earmarks to universities in their home state, and many state universities have benefited enormously from such patronage. 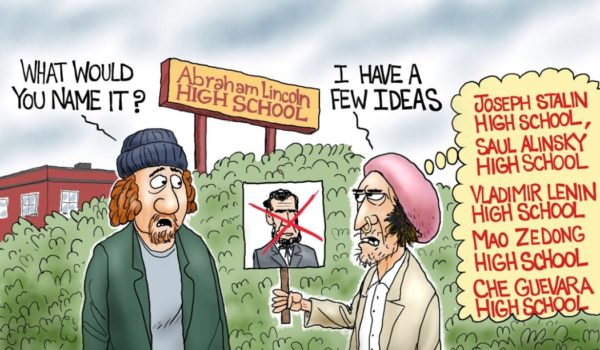 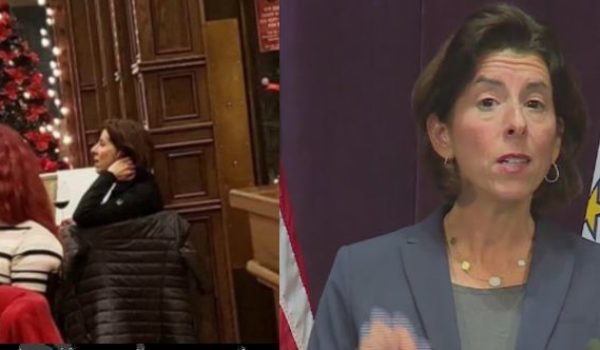