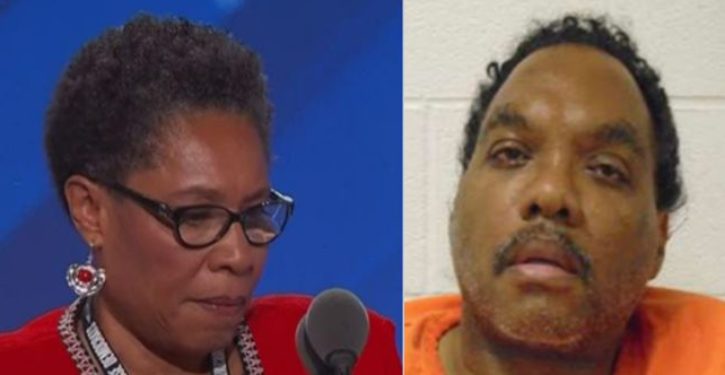 Ohio Rep. Marcia Fudge (D) vouched for an Ohio judge in 2015 who faced felony charges for brutally beating his wife, causing her to require reconstructive surgery.

President-elect Joe Biden announced Tuesday he will nominate Fudge, to serve as secretary of the Department of Housing and Urban Development (HUD).

Fudge will replace Ben Carson as HUD chief if she is confirmed by the U.S. senate.

Fudge, the former chair of the Congressional Black Caucus, was one of several Cleveland-area politicians who vouched for Mason, a former Ohio state legislator and judge on the Cuyahoga County common pleas court, after he admitted to beating his wife in 2014.

Mason, 53, was arrested in August 2014 on charges that he assaulted Fraser in front of their two daughters, who were 4 and 6 years old at the time. According to local news reports, court documents showed that Mason attacked Fraser in their SUV, punching her 20 times, slamming her head against the dashboard, and choking her.

Mason pushed Fraser, who was a sixth-grade teacher, out of the vehicle and drove off with their children, according to the court documents.

Fudge wrote in a letter to Cuyahoga County prosecutor Timothy McGinty on Aug. 9, 2015 asserting that Mason was “a good man who made a very bad mistake.”

Fudge offered additional praise for Mason, whom she said she had known for 20 years.

“I commend Lance for immediately recognizing that he needed help and entering counseling,” she wrote in the letter, which a reporter for Cleveland 19 News discovered in November 2018.

The lawmaker said that Mason accepted full responsibility for his actions and had assured her “that something like this will never happen again.”

Mason pleaded guilty in his case days later and was sentenced to 24 months in prison. He ended up serving just nine months of the sentence, and landed a job in Cleveland Mayor Frank Jackson’s administration after his release from jail, The Cleveland Plain Dealer reported at the time.

Contrary to Fudge’s assurances that Mason was a changed man, something more did happen between the judge and his wife.

Mason murdered Fraser on Nov. 17, 2018 outside of his sister’s home in Shaker Heights. He pleaded guilty to the charge on Aug. 20, 2019 and was later sentenced to life in prison.

Fudge’s support for Mason made headlines in the wake of Fraser’s death. At the time, Fudge was weighing a bid to serve as Speaker of the House.

Fudge has also faced blowback in her community. A friend of Fraser’s confronted Fudge in 2019, telling the lawmaker that the victim’s “blood is on your hands.”

“We’re going to unseat you. You’re evil,” the woman, Mary Ann Lorient, said to Fudge at an event on Jan. 12, 2019, according to video published by The Cleveland Plain Dealer.

The Biden transition team did not respond to requests for comment about Fudge’s past support for Mason, or whether choosing Fudge conflicts with Biden’s longtime support for the Violence Against Women Act (VAWA).

Biden co-sponsored the 1994 bill, which provided federal protections to victims of domestic abuse, when he served in the U.S. Senate.

Fudge issued a statement after Fraser was murdered disavowing her support for Mason.

“My support of Lance in 2015 was based on the person I knew for almost 30 years — an accomplished lawyer, prosecutor, state legislator and a judge,” she told Cleveland 19 News.

“The person who committed these crimes is not the Lance Mason familiar to me. It was a horrific crime.”

The Biden transition team and Fudge’s office did not respond to a request for comment. 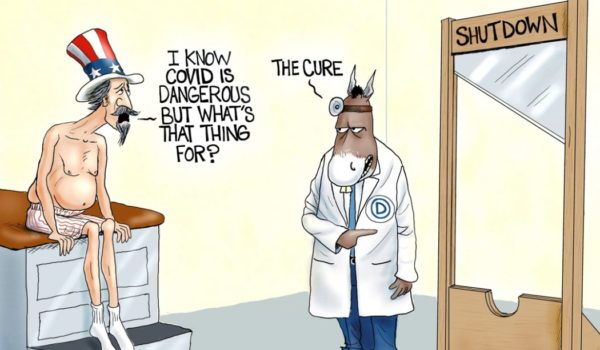 Cartoon of the Day: Political malpractice
Next Post
36% of Biden voters were unaware of evidence linking him to corrupt financial dealings with China