Former Trump campaign adviser Carter Page sued the Justice Department, the FBI and multiple officials involved in Crossfire Hurricane on Friday for $75 million, saying that he was the victim of “unlawful spying” as part of the government’s investigation of the Trump campaign.

Page asserts in the lawsuit, filed in federal court in Washington D.C., that investigators violated “his Constitutional and other legal rights in connection with unlawful surveillance and investigation of him by the United States Government.”

“Dr. Page was targeted because of his lawful association with the 2016 Presidential campaign of Donald Trump,” Page’s complaint says.

The complaint centers on four applications the FBI submitted to the Foreign Intelligence Surveillance Court (FISC) to surveil Page as part of Crossfire Hurricane, a counterintelligence investigation opened in July 2016 into possible links between the Trump campaign and Russia.

A Justice Department inspector general (IG) report released on Dec. 9, 2019, found that the FBI made at least 17 “significant” errors in applications submitted to the FISC. The Justice Department has deemed two of the four surveillance orders to be invalid based on the IG’s findings.

In a hearing two days after the report was released, Senate Judiciary Committee Chairman Lindsey Graham encouraged Page to take legal action against the government, saying he hoped the former Trump aide “sues the hell out of” the FBI and DOJ.

The IG report said that many of the errors uncovered in Crossfire Hurricane involved the FBI’s handling of the Steele dossier.

Christopher Steele, the dossier author, alleged that Page was a key player in the Trump campaign’s “well-developed conspiracy of cooperation” with the Kremlin.

Steele, who compiled the dossier on behalf of the Clinton campaign and the Democratic National Committee, alleged that Page met secretly with two Kremlin insiders in Moscow in July 2016.

Page has vehemently denied meeting with the Kremlin officials. The special counsel’s office said investigators found no evidence that Page or any other Trump advisers conspired with the Russian government, contrary to what Steele alleged.

The IG report said that the dossier was “central and essential” to the FBI’s ability to obtain FISA warrants against Page.

Somma, an FBI counterintelligence agent, first sought FISA warrants against Page in August 2016 but was rebuffed by FBI lawyers, who said there was not enough probable cause to prove that Page was an agent of Russia.

The FBI reversed course on Sept. 19, 2016, when the Crossfire Hurricane team received memos from Steele’s dossier.

Page’s lawyers say that the FBI would have discovered significant issues with the dossier had investigators conducted an “honest and thorough investigation” of the document.

“In reality, there was no ‘probable cause’ to support surveillance of Dr. Page,” the lawsuit says. “If the FBI had fully and accurately reported what it knew, the FISA warrants against Dr. Page would neither have been sought nor issued.”

There is some indication that the FBI made far more errors in the Page FISAs than in applications for surveillance warrants in other investigations.

In January, the IG released a report that said that all 29 FISA applications chosen for a random audit had errors in them. But a further review by the FBI found that just two applications had errors that were “material,” neither of which was enough to invalidate the FISA warrants.

Page’s lawsuit cites testimony from Comey, McCabe, and two former Justice Department officials, Sally Yates and Rod Rosenstein, who told the Senate Judiciary Committee this year that they would not have authorized the Page FISAs had they been aware of all of the information in the IG report.

Two defendants in the lawsuit, Somma and Auten, played key roles in the Crossfire Hurricane probe. They also feature prominently in the IG report.

Auten and Somma took part in interviews in January 2017 with Igor Danchenko, a Russia analyst who was Steele’s primary source of information for the dossier.

Danchenko told the investigators that he did not verify the information he provided Steele and instead presented the ex-spy with rumor and hearsay he had collected from sources in Russia.

According to the IG report, the FBI told the FISC that Danchenko was viewed as a credible witness. But the report also said that investigators failed to disclose that Danchenko contradicted aspects of the dossier.

The IG report is highly critical of Somma. It says he was “primarily responsible for some of the most significant errors and omissions in the FISA applications.”

Somma, who works out of the New York field office, was the handler for Stefan Halper, a longtime FBI source who met with and secretly recorded Page during several meetings in 2016 and 2017. He also interviewed Page multiple times in March 2017 as part of the investigation of the Trump campaign.

According to the IG report, the FBI failed to inform the FISC that Page denied allegations from the dossier during his conversations with Halper.

He contradicted Steele’s allegation that he worked with former Trump campaign chairman Paul Manafort on the outreach to the Russian government. Page told Halper in a secretly recorded conversation that he had never met or spoken to Manafort.

Page says in the lawsuit that Somma introduced himself as “Steve Holt” in those interviews.

The FBI declined to comment on the lawsuit and on Somma’s alleged use of an alias in the interviews with Page. 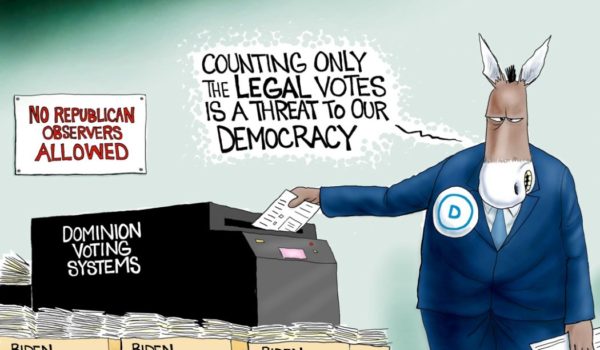