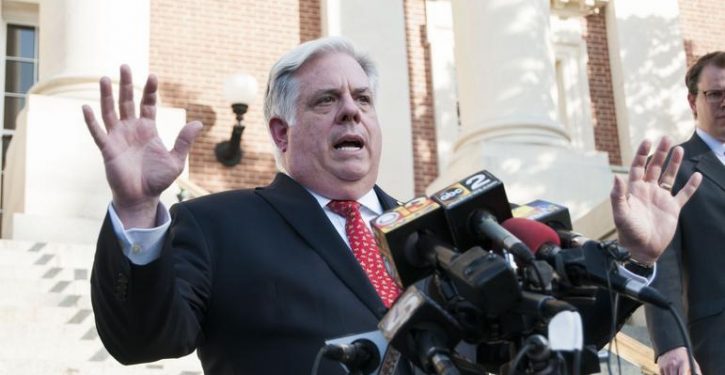 Maybe it’s high time the nation’s elected officials were required to take a Constitution competency test before assuming office. Such a test, which would demonstrate a thorough grasp of the contents of that essential document or lack thereof, would have disqualified “constitutional  scholar” Barack Obama from serving as president.  It would also eliminate most Democrats currently in Congress, the majority of whom believe that health care and abortion are rights guaranteed by the Constitution.

Sadly, it’s not Democrats alone who are ignorant of what Constitution says or doesn’t say. Here is Maryland Gov. Larry Hogan, a Republican, explaining the unconstitutionality of “walk[ing] around without a mask” during the COVID-19 pandemic.

In attempting to make his bogus point, Hogan analogizes the hypothetically nonexistent constitutional right to walk around without a mask with other “non-rights” such as driving drunk, not wearing a seatbelt, and not obeying the speed limit. He is correct in his presumption that there is nothing in the Constitution that guarantees American citizens the right to engage in any of these potentially dangerous behaviors. He is wrong, however, in his apparent assumption that the Constitution has anything at all to say about them.

Many of the laws governing dangerous driving are written and enforced at the state level. Any such laws that are enforced at the federal level appear in the United States Code, not the Constitution.