When it became evident that election results weren’t going to come within 24 hours, my friend Amy offered a smart suggestion:

My unsolicited advice to everyone: Turn off the news. Put your phones down. Go enjoy your evening. Play with your kids, get lost in a book, hit the gym, or binge-watch a good series.

She added, “We’ve got the best of the best working on this. You won’t miss anything tonight by unplugging. I am about to do the same.”

Now it appears that it’s going to go into next week. Nevada announced that they would need an additional seven days to count their final 500,000 votes. Funny, Florida counted 21 times that number — 10.5 million — to give election results within 24 hours.

But as Amy said, “We’ve got the best of the best working on this.” And so we do.

The Trump campaign has filed lawsuits in at least four states: Nevada, Pennsylvania, Michigan and Georgia, and the campaign has requested a recount in Wisconsin, with campaign manager Bill Stepien citing “irregularities in several Wisconsin counties.”

So what’s holding things up? Democratic presidential nominee Joe Biden might hinted at the answer to that question last month when he discussed voter fraud.

“We have put together, I think, the most extensive and inclusive voter fraud organization in the history of American politics,” he said.

He obviously didn’t intend to say that they had put together a “voter fraud organization,” but it could have been a Freudian slip — unintended but suggesting something in his subconscious. And let’s face it, counting is fast and easy. Counting in a manner to achieve a desired result without getting caught takes time.

The story goes that the late Chicago Mayor Richard J. Daly used to withhold Windy City vote counts in state and national elections until the results from conservative downstate districts came in, so that he would know what numbers he needed for Democratic victories.

2020 was supposed to have been a blue wave all the way down ballot, but it didn’t turn out that way.

Republicans were especially vulnerable in the Senate because they had to defend nearly twice the number of seats as Democrats — 23 to 12 — and Democrats spent $315 million to flip seats in Iowa, Kentucky, Maine, Montana, South Carolina, and Texas.

They came up bupkis.

Yes, the GOP lost seats in Colorado and Arizona but flipped a seat in Alabama, and very nearly did the same in Michigan.

On the House side, Speaker Nancy Pelosi predicted Tuesday would be a big night for Democrats. “Tonight House Democrats are further poised to expand our House majority,” the California Democrat announced.

And how’d that work out?

Of the 416 House seats that appear to have been decided as of Thursday, Republicans picked up an additional 10 seats, and they lead in 10 of the 19 races still undecided. In order to flip the House majority, the GOP would have to take only four more in addition to the 10 they’re leading in.

Fox News anchor Bret Baier commented on this in light of Pelosi’s Election Day prediction. “This is quite something — as we are looking at the Presidential and Senate races,” he said. Think back to Speaker Pelosi‘s news conferences with her predictions about the election.”

This is all important because even if the president loses his re-election bid:

Democrats have screamed for four years that 2016 was rigged by Vladimir Putin working in concert with Donald Trump, yet now they denounce any hint or suggestion that 2020 might be tainted with fraud.

And when the president eventually emerges victorious in this battle, my friend Amy had a request for her Democratic friends (with tongue planted firmly in cheek). “Would one of my Biden friends grab me a 70″ 8K TV before you torch Best Buy?” she asked. “Thx.”

Um, could you make that two?

But seriously, relax. No matter what happens, we got this one. 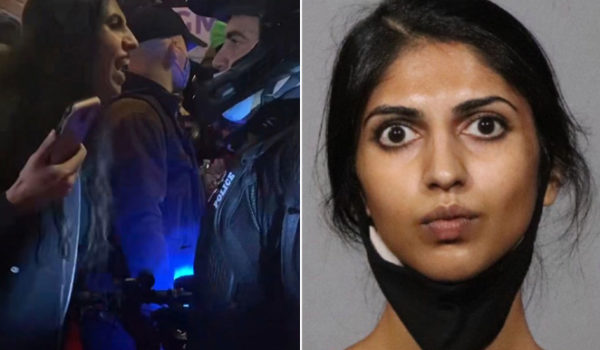 Nadler intern spits on cop, gets arrested: So much for that ‘Soul of the Nation’ posturing
Next Post
Football Follies 2020: NCAA week 10 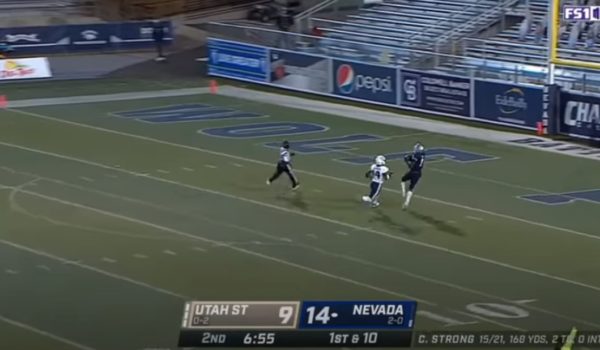