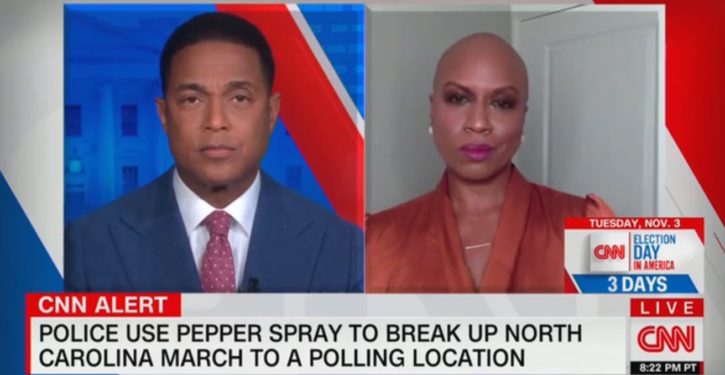 When Joe Biden was comfortably up by 12 points according to the RealClear Politics average days after the first debate, Democrats’ biggest concern was whether Donald Trump would submit to a peaceful transfer of power. They worried (fantasized) about the national guard having to storm the White House to evict the outgoing president.

Now that the race has tightened, the Dems are preparing briefs that explain how their candidate was cheated out of a rightful victory in the same way Hillary Clinton was in 2016. Their key argument? Voter suppression.

Rep. James Clyburn, the man whose pep rally in South Carolina effectively cemented Biden’s place at the top of the party ticket, was a guest on Fox News Channel last night where flatly declared that the only way Joe Biden could lose the election would be “for voter suppression to be successful.”

I have had complaints all day today. Professional football players from my home state cannot vote because their ballots have not been delivered to them. They can’t come home to vote because they are in lockdown because of COVID-19 …

So I already know some Biden voters here in South Carolina are not going to be  allowed to vote simply because the postal service has been undercut by the  Postmaster General.

When Brett Baier, who was co-hosting the segment, pointed out the latest Fox News poll showed Donald Trump receiving 14% of the black vote nationally, Clyburn balked at the idea. (RELATED: Black and Hispanic outreach could hand Trump a victory)

Clyburn’s fellow congresswoman, Ayanna Pressley, appeared opposite him on CNN, where she attempted to sell the same bill of goods, telling Don Lemon:

Well, it’s just a reminder that we still find ourselves in the civil rights movement, and right now we have the opportunity to write the next chapter in our civil rights history. You know, what were firehoses and dogs are today in my district arson and drop boxes are voter suppression and intimidation with long lines.

Even the father of fake news, Dan Rather, put in an appearance at MSNBC to share his doubts that all votes would be counted in his home state of Texas. Watch:

These are of course the same people who vehemently deny the existence of voter fraud, despite abundant evidence to the contrary, and have been skeptical of problems with mail-in ballots, despite, etc.

Biden: ‘Barack and I think it’s a right for people to have Badakathcare’
Next Post
Cartoon of the Day: The color of doom 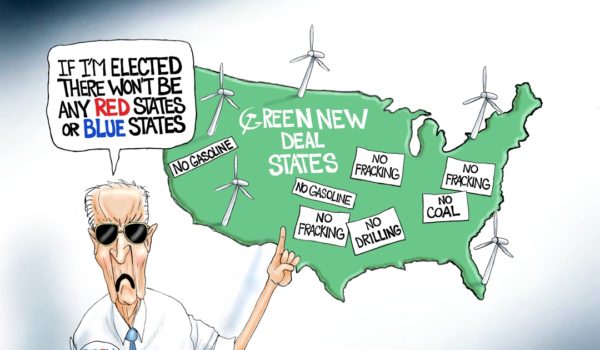