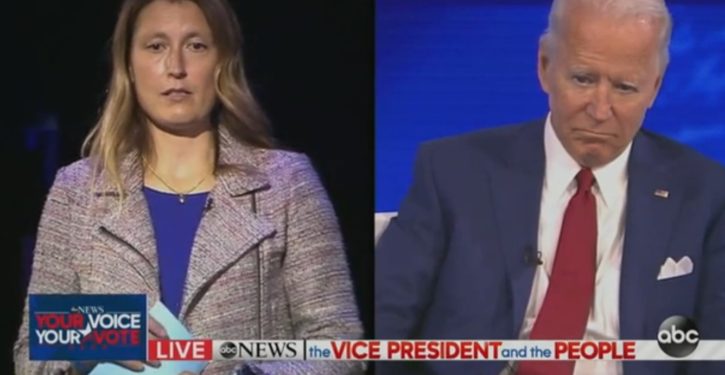 It has the ring of commercials that run late at night, hawking products that are “so easy to use, a child can do it.” Except in this case it was a response to a question asked by an audience member at Joe Biden’s town hall event on ABC last night.

The woman identified herself as the mother of two girls, the younger of which is transgender. She began by describing the plight endured by transgenders under the current administration and asked what Biden would do to “reverse this dangerous and discriminatory agenda.”

Again Biden didn’t have an answer last night for the question of whether he would pack the court, but he did have an answer to this question — sort of. That answer, which bespoke an ignorance of the law, and more importantly, the science surrounding transgenderism, was mainly a rehashing of an anecdote about seeing two gay men kissing and being told by his dad (who was “high school educated, well read … [and] a really decent guy”) “Joey, it’s simple. They love each other.” (RELATED: Biden: Five years ago, it would have been OK for a businessman to make ‘fun of a gay waiter’)

I will flat out just change the law. Every — eliminate those executive orders, number one. You may recall I’m the guy who said — I was raised by a man who I remember I was being dropped off, my — my dad was a high school educated, well read man who was a really decent guy. And I was being dropped off to get an application in the center of our city; Wilmington, Delaware, the corporate capital of the world at the time. And these two men, I’m getting out to get an application to be a lifeguard in the African American community because there was a big swimming pool complex. And these two men, well-dressed, leaned up and hugged one another and kissed one another. And I’m getting out of the car at the light and I turn to my dad. My dad looked at me and said, ‘Joey, it’s simple. They love each other.’ The idea that an 8-year-old child or a 10-year-old child decides, ‘You know, I decided I want to be transgender. That’s what I think I’d like to be. It would make my life a lot easier,’ there should be zero discrimination. And what’s happening is too many transgender women of color are being murdered.

It seems never to have struck Biden that image of two men openly exchanging a kiss in public in the 1960s is incongruous with the picture he has painted of Scranton as a hardscrabble coal mining town where no one went to college. But the more important question is how his endorsement of transgenderism will be received by voters, 54% of whom still believe that gender is determined at birth, according to a Pew poll.

P.S. By the way, if Biden is going to play the game, he should get the ground rules right. According to the LGBT community and its supporters, one does not become transgender, as Biden intimates. They are transgender and aspire to becoming a target gender. 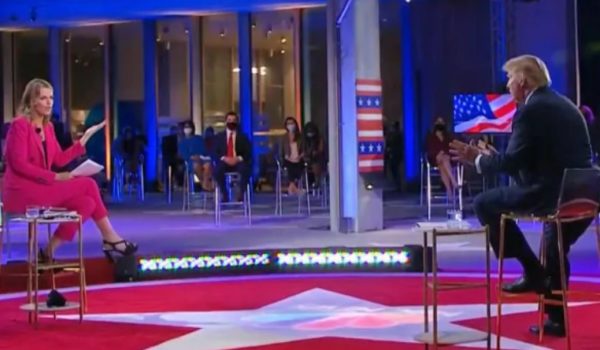