Hunter Biden and then-Vice President Joe Biden met with a top executive of the Ukrainian gas company Burisma in 2015, according to a copy of an unconfirmed email obtained by the New York Post.

The email was part of what the Post described as a “massive trove of data recovered from a laptop computer” that was dropped off at an unidentified Delaware computer repair shop in April 2019. The owner of the repair shop said the customer who dropped it off never came back to pay for the service or retrieve the laptop.

The Daily Caller News Foundation has not confirmed the authenticity of the email.

The Post was first informed of the hard drive in late September by former White House Chief Strategist Steve Bannon, who currently faces felony charges for allegedly defrauding donors to a crowdfunded border wall project. Former New York Mayor Rudy Giuliani, who has worked with a now-sanctioned Ukrainian lawmaker with ties to Russia to dig up dirt on the Bidens’ dealings in Ukraine, provided the Post with a copy of the hard drive on Sunday, the outlet reported.

The meeting described in the email between the Bidens and Vadym Pozharsky, an advisor to Burisma’s board of directors, came less than a year before Joe Biden pressured former Ukrainian President Petro Poroshenko to fire a prosecutor who was reportedly investigating Burisma in return for a $1 billion loan guarantee.

“Dear Hunter, thank you for inviting me to DC and giving an opportunity to meet your father and spent some time together,” Pozharskyi allegedly wrote to Hunter Biden in the April 2015 email, the Post reported. “It’s really an honor and pleasure.”

The Post published four photos of a man that closely resembles Hunter Biden that were recovered from the hard drive.

Hunter Biden was serving on the Burisma board of directors at the time of the reported meeting, having obtained the post in 2014.

The report of the meeting runs counter to Joe Biden’s claim in September 2019 that he has “never spoken to my son about his overseas business dealings.”

The owner of the shop did not positively identify the person who dropped off the laptop as Hunter Biden but said the computer did contain a sticker from the Beau Biden Foundation, according to the Post.

The repair shop owner later alerted the FBI to the existence of the laptop and its hard drive after it went unclaimed, both of which were seized by federal authorities in December, according to a federal subpoena obtained by the Post.

Before the laptop was seized, however, the shop owner reportedly made a copy of its hard drive and turned it over to Giuliani’s lawyer.

Hunter Biden’s lawyer, George Mesires, questioned Giuliani’s credibility in a statement to the Post when asked about the contents of the laptop’s hard drive.

“He has been pushing widely discredited conspiracy theories about the Biden family, openly relying on actors tied to Russian intelligence,” Mesires told the Post. 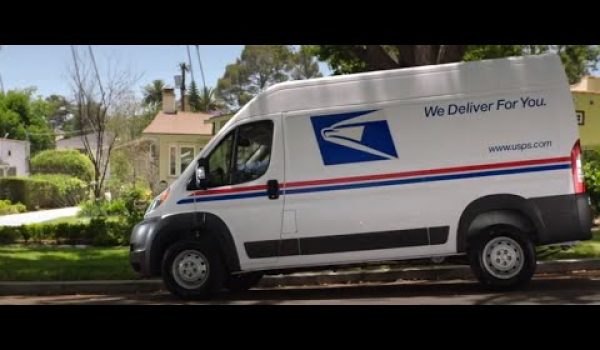 Trash bags of undelivered mail found outside postal worker’s home in Pa.
Next Post
Reopen the K-12 schools now, based on new studies