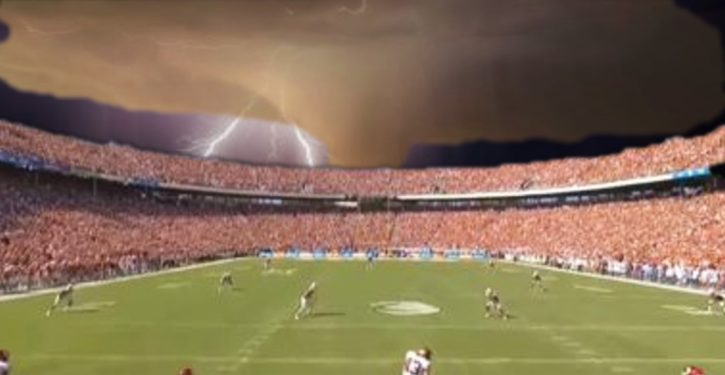 Last week’s Godzilla – POTUS and FLOTUS having The COVID – left ’em three yards and a cloud of dust within about 96 hours.  When last seen, POTUS was yukking it up with Rush Limbaugh on Friday talking policy and next moves.

This week’s Godzilla is actually from football, however, as Oklahoma fans wait in trepidation to find out how relentlessly Texas’s Ehlinger-enriched offense will pummel the Girl Scout Troop filling in for the Sooner “defense,” come the morrow.

Actually, that’s an insult to Girl Scouts, and we apologize.  We don’t know what came over us.

As of this writing, we have no games in the Solemnly Postponed column.  In fact, Houston finally got to play Thursday night, after a string of Solemn Postponements, and thumped Tulane 49-31.  (If you follow AAC ball, it’s not too awful that Tulane was able to put up some credible numbers.  The Green Wave isn’t beanbag this season.)

We’re sorry to report that Kansas (motto: “What difference, at this point, does it make?”) head coach Les Miles, our favorite Les Miles on the planet, tested positive for COVID-19 this week.  We know there’s no need to explain the minimal impact this will have on Jayhawk football.

Oh, dear: just heard while typing this that Yankee supergreat Whitey Ford has passed away, just short of his 91st birthday.  The 10-time MLB All Star put the punch in southpaw; MVP at 32 in the 1961 series with Cincinnati, and a six-time Series winner.  R.I.P.

The University of Tulsa Golden Hurricane, which beat Notre Dame 28-27 on 30 October 2010, also beat the (now former) #13 UCF Golden Knights last week, and our condolences to Sooner alum and Heisman winner Josh Heupel on that.  Heupel’s record is 22-4 as the UCF head coach (yes, we had to look that up), and his team isn’t used to serious challenges from the American.  We’re glad to see Tulsa back in real contention territory.

#11 Cincinnati is coming up for TU on 17 October, and at least we won’t have to face the game with hopes down at zero.  Very credible defense burgeoning under DC Joe Gillespie; D-line coach Jermial Ashley has been getting steady improvement out of his players, and building up a depth chart that will see a good number of sophomores and juniors coming back next year too.

New Number Nothing Oklahoma has dropped out of the Top 25, and not a moment too soon.  They’ll meet #22 Texas in the Red River Shootout on Saturday, and such is the chutzpah of Sooner bettors that they’re giving 2.  The state governors exchanged the usual pleasantries on Twitter today; we have a feeling Greg Abbott is going to win the wager and be consuming some choice barbecued fare courtesy of Kevin Stitt before the day is done.

We may have sufficiently shaken the totem for this one now.  Probably not.  Oklahoma has the stuff to put up points on the Longhorns, for sure (even with the flag-prone delicacy of the Sooner offensive line).  It’s the missing defense, for which there aren’t enough milk cartons in North America, that will probably keep the downer going.

No Texas State Fair whirring away next to the Cotton Bowl this year.  An anemic couple dozen food vendors allowed to park roach coaches out around the stadium.  Stands at just over quarter-capacity, with about 24,000 in attendance.  Sigh.

We wouldn’t miss it for anything.  11 AM Central on Fox.

New #10 Oklahoma State has the week off and is scheduled to be at Baylor on the 17th.  Baylor has just (last 24 hours) suspended all football activities due to a COVID problem, however, so we’re standing by in case that changes (Baylor is determined that it won’t).

Navy had a tremendous learning experience reenacting the Battle of the Coral Sea last week with Air Force, and will be right back manning the helm in Annapolis on Saturday, hosting Temple for an evening match.  Temple’s been Solemnly Postponed up to now, and stands 6th in the American on the strength of a 0-0 record.  You have to love 2020.  The Navy will have the Mids in the stadium for this one, so that should help.  Owls give 3.5.

Army hosts The Citadel (FCS, Southern), and if you’re thinking Army’s playing an awful darn lot of FCS squads this year, keep in mind the Black Knights are in the Independents, and it’s hard for them to roust up FBS opponents in a good year.  The only games that matter are Navy and Air Force anyway.

Speaking of Air Force, congratulations to them once again for demonstrating the ascendancy of airpower, even in a battle with a maritime foe.  As things stand now, Air Force will be at San Jose State for the first MWC match on 24 October.

Virginia Tech, we are tickled to report, is now #19, and we, personally, think they can go higher, if they can keep reasonably healthy (besides which, we remain skeptical of this QB situation, although we see the advantages of not cueing opponents beforehand whether Burmeister or Hooker will be playing.  But still).  The handy ticket to going higher is one the Hokies could purchase on Saturday by knocking off #8 UNC (in Chapel Hill).  We think UNC is frankly overranked, but they’ve turned in some pretty good ball to date and will be a tough opponent, as they always are in the VT game.  Random observation: VT seems to have penalties under pretty good regulation this season.  So far.  Tar Heels favored by 7.

New #17 LSU kicked fantail at Vandy last week, expectedly, and will be at Mizzou on Saturday for some more kinetics with posterior regions.  The 0-2 Missouri Tigers are woeful this year, and it won’t help that they’ve had a positive COVID test on the roster, and will be missing seven quarantined players, including some key starters.  The Bengal Tigers are favored by 18.  We’re issuing a rare “Take the points” advisory.

We’re getting our annual Purple-Off in the Inner Circle this week as Kansas State heads to TCU, both of them coming off really gratifying wins last week and looking viable for superior performance in the Big 12 this year.  The oddsquad has the Frogs giving 10, which is basically obligatory since they knocked off Texas last week.  But both Patterson and Klieman wring a lot out of their talented offenses, and K-State somehow keeps getting it done on defense, although lacking the depth and rep of the Frogs.  We expect a good game in Fort Worth on Saturday.

#1 Clemson hosts #7 Miami (Da U) for a pretty big game as the ACC goes.  This one gets the marquee slot on Saturday evening.  We also have to think of it as the game of the week, although the pickings are slim this particular week.  A lot of lopsided matches, and those that aren’t lopsided don’t matter to whatever the CFP turns out to be this year.  Clemson’s giving 16.

#2 Alabama will be at Ole Miss giving 23 in their Storied Rivalry match.

Georgia has clawed up to #3, and has an excellent chance of remaining there hosting #14 Tennessee in their Storied Rivalry.  Dogs give 12.5.

#5 Notre Dame hosts Florida State Saturday night, with a give of 21 and no prospect of an actual on-field test of Arsh football chops.  (But you know we’re prejudiced in this regard, so take your salt pill.)

Still have two weeks to wait for #6 Ohio State and #9 Penn State to start play.

It’s a surprisingly light weekend in oh-by-the-way fare.  If you start listing Texas Tech at #24 Iowa State, or Arkansas at #13 Auburn, just because somebody’s ranked, you kind of need to just go ahead and run down the whole list.

We imagine there will be some zesty football from those matches and a couple of others.  Not a big weekend for Storied Rivalries either.

Visual sighting: Coast Guard confirms the annual Storied Rivalry match with Merchant Marine!  The Secretaries Cup game will be hosted by USMMA in Kings Point on 14 November 2020.  It’s the only football outing this season for either school.  Mark your calendars.  Weather report to follow. 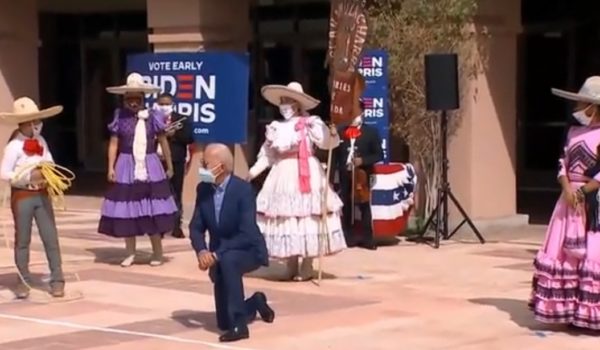