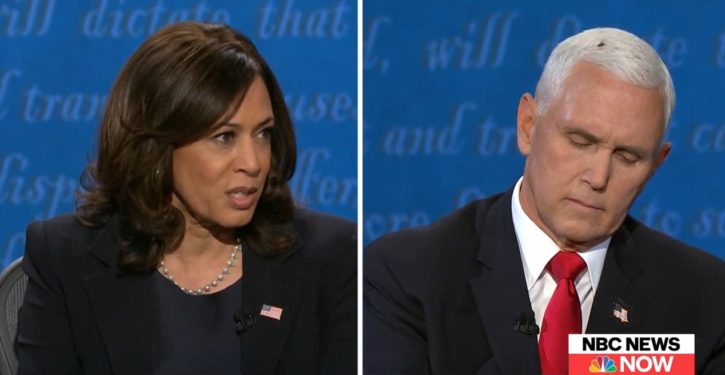 Early in Wednesday night’s vice presidential debate, Vice Pres. Mike Pence said to challenger Kamala Harris, “You’re entitled to your opinion. You’re not entitled to your own facts.” He then went on to assert that both she and Joe Biden have said on multiple occasions that they would ban fracking.

When it was her turn to respond, Harris said:

She went on to add “facts” that seemed to contradict her statement:

[P]art of those jobs that will be created by Joe Biden are going to be about clean energy and renewable energy. Because, you see, Joe understands that the West Coast of our country is burning, including my home state of California.

That certainly sounds like a repudiation of fossil fuels and fracking.

But on the question of Biden and Harris’s stance on fracking, who’s right — her or Pence? As sportscaster Warner Wolf used to say, “Let’s go to the videotape.”

And here’s Harris back when she was still running for president:

COVID-19 is now the third leading cause of death in the U.S.
Next Post
Biden has already answered the question of whether he would pack the court