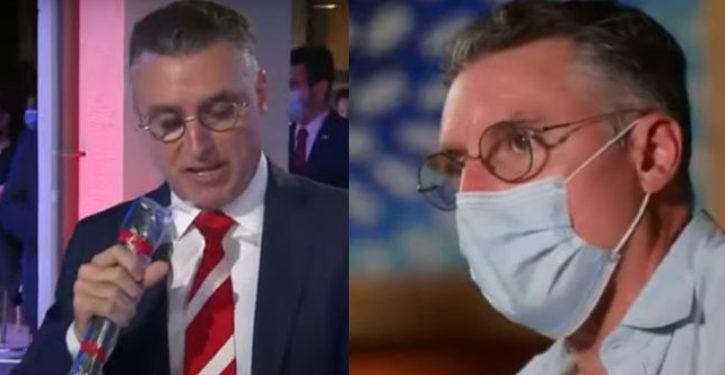 In 2019, “Elle” magazine dispensed a piece of advice to its readers that was actually worth heeding. In an article titled “Vote For The Candidate You Actually Like, Not The One You Think Will Win,” ShareBlue Media Executive Editor Jess McIntosh noted the widespread tendency among voters to want to vote not for the candidate they believe will do the best job but for a winner.

“The problem with this brand of logic is that it literally never works,” she writes. “We are historically terrible at predicting electability. We do not know who our neighbors would vote for, much less communities from states we’ve never visited, in industries we’ve never worked in, with backgrounds we don’t share.”

Nevertheless, this tendency is so ingrained that pollsters know they can bank on it. Ditto for fake news outlets that want to influence the outcome of an election. Witness an NBC town hall several days ago that featured two voters identified as “undecided” who had previously appeared as confirmed Biden supporters on sister station MSNBC.

Lawyer Peter Gonzalez and marketing executive Ismael Llano posed questions to Biden during a town hall on Monday, when he appeared before what the network described as an “audience of undecided Florida voters.”

Both Gonzalez and Llano, however, were featured in an MSNBC segment in August to explain why they support Biden. “If we get four more years of Trump, good luck, and good luck with the future attracting younger voters,” Gonzalez said as an MSNBC chyron noted he was “voting for Biden.” Llano was also identified as “voting for Biden” and offered praise for the former vice president.

The article cites a number of other examples of this deceptive journalism on other networks:

ABC News last month described several Trump critics as undecided voters, including one who had previously described Trump as a “f—ing moron,” “pathetic,” “pig,” “swine,” and a “punk ass” on social media.

The mainstream media balk at the idea that they are telling it like it isn’t to achieve a desired end or fostering a narrative. In July 2019, New York Times publisher A.G. Sulzberger was granted a private audience with Donald Trump, where he “implored” the president to desist from using the phrase fake news, insisting it was “untrue” and “harmful.” But in 2018 the Times  investigated a malicious bit of gossip about the president spread by Omarosa Manigault Newman, found it to be baseless, but reported it as scandal anyway.