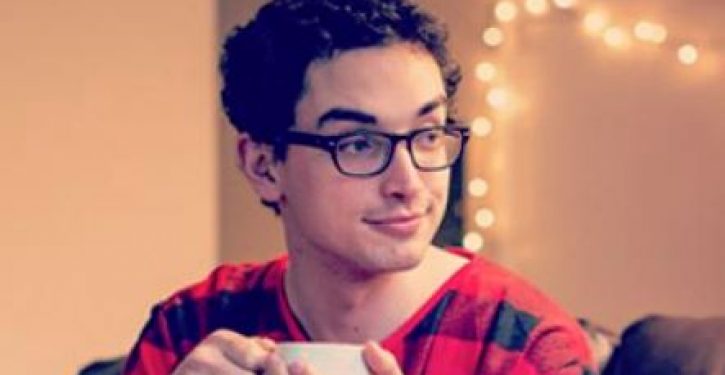 In 2016, colleges across the country were soothing the tortured psyches of students weeping in their pillows over Hillary Clinton’s loss to Donald Trump by plying them with hot cocoa and coloring books. Now we learn that the U.S. Army’s physical-fitness training field manual, retitled “FM 7-22 Holistic Health and Fitness,” is encouraging recruits to take warm baths, meditate, and practice “aggressive napping”: Talk about your oxymorons!

Whether you call the new generation of leftist-raised Americans snowflakes or wusses, our institutions, from government through academia, are adopting the motto “Spare the rod — period!” The harsh realities of life are — well … just to hard.

It was in this spirit that the Associated Press Stylebook, the definitive reference for writers, journalists and students since its initial publication in 1955, announced a change Wednesday. The book, which is the bible among publishers for spelling, language, usage, punctuation, and journalistic style, cautioned writers against using the word riot from now on.

“Focusing on rioting and property destruction rather than underlying grievance has been used in the past to stigmatize broad swaths of people protesting against lynching, police brutality or for racial justice, going back to the urban uprisings of the 1960s.”

OK, so what do we call it when an angry mob descends upon a neighborhood, overturns and sets police cruisers on fire, loots and destroys stores, and beats onlookers with bats and skateboards? The AP has a suggestion: unrest. (RELATED: Wait till you hear the Left’s new euphemism for ‘Antifa’)

“Unrest is a vaguer, milder and less emotional term for a condition of angry discontent and protest verging on revolt.”

And what should we call the 9/11 terrorist attack? A “difference of opinion”? Or maybe we should adopt Rep. Ilhan Omar’s language when the Minnesota Democrat described it as “some people did something.”

The AP makes changes to its stylebook from time to time, and this isn’t the first instance when writers questioned its decisions.

The AP announced in June that the word black should be capitalized “when referring to people in a racial, ethnic or cultural context,” adding that “it expects to make a decision within a month on whether to capitalize the term white.”

One month later The AP said it would leave white uncapitalized, because it believed “white people in general have much less shared history and culture.”

Yeah, of course. Victor Hugo, Wolfgang Amadeus Mozart, and William Shakespeare were prime examples of uncultured white people giving Caucasians a bad name. Not to mention Voltaire, Michelangelo, and our own Thomas Jefferson — what rubes they were!

AP added that it also wasn’t capitalizing whites because they “don’t have the experience of being discriminated against because of skin color.” Really? What planet have AP’s editors been living on during the last decade?

As to the difference the AP cites, I’m not sure what that would have to do with its decision. If you capitalize one skin color, why not all? Black, White, Brown, Red — oops, that’s another new rule: we can’t say “Redskins” anymore.

It’s not just The Associated Press that’s gotten all wussy about terminology recently.

Deep in the heart of Texas, the Houston Association of Realtors said in late June that it would discontinue using the word master to describe a home’s primary bedroom or bathroom. “Particularly in the South, we’ve had master-slave culture,” said Dietrich von Biedenfeld, University of Houston associate professor of business. So, on a plantation, you would have a master of that domain who would then exercise control and dominance over enslaved or indentured servants, and so historically, to say that the master lives in a certain place, then it’s sort of creates a tone that minorities are excluded.”

In the Pacific Northwest, the wussiness of political correctness even invaded the gridiron. The traditional rivalry between Oregon and Oregon State may no longer be referred to as “Civil War.”

“Today’s announcement is not only right but is a long time coming, and I wish to thank former Duck great Dennis Dixon for raising the question and being the catalyst for change,” said Rob Mullens, Oregon director of athletics, according to GoDucks.com. “Thanks also to our current student-athletes for their leadership and input during this process. We must all recognize the power of words and the symbolism associated with the Civil War.”

Civil War denotes grit, it exemplifies determination, it has gravitas. But substituting it with “the big game”? Meh. Besides Oregon wasn’t even a state during the Civil War.

This rush to wussify English into a “kinder, gentler” language appeared to have its roots in 2013, when The AP discontinued using the terms illegal alien and illegal immigrant, preferring the term undocumented immigrant instead.

Nonetheless, illegal alien is used throughout federal law to describe a person who either entered the country illegally, or remained illegally after the expiration of their visa.

The English language was formerly painted in bold, bright, descriptive colors; now it’s being wussified in pale, boring pastels, to borrow a phrase from the late President Ronald Reagan.

As for this latest attempt to wussify and mute the language, I assume that we can continue using the word riot to describe a gathering of two or more conservatives joyfully waving “Trump-Pence 2020” signs at the corner and giving the “thumbs up” to each motorist who sounds his horn in approval.

As was inevitable, the vultures are out in droves, praying for Trump’s death
Next Post
Football Follies 2020: NCAA week 5 *UPDATE* 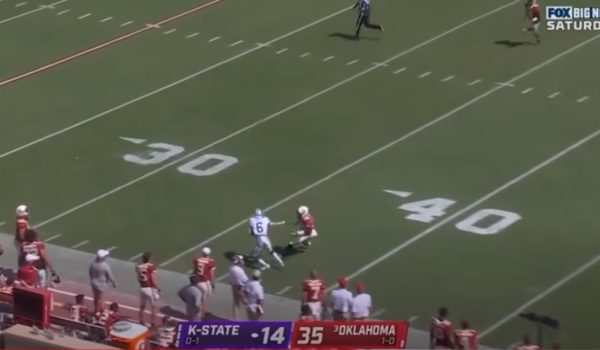