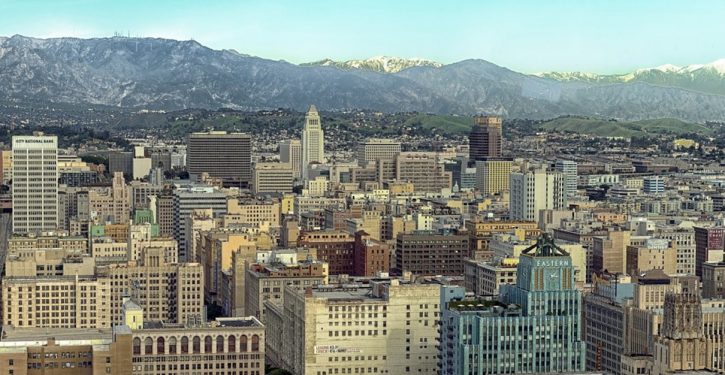 The Los Angeles Times has traded one variant of racism for another. In the first half of the 20th Century, it was a reactionary newspaper that celebrated the internment of the Japanese Americans in concentration camps. The Times compared people of Japanese ancestry to “vipers,” dangerous “wherever the egg is hatched” — that is, racially dangerous to whites, and loyal only to the Japanese emperor, even when born and raised in the U.S. It was echoing the Los Angeles Examiner, whose racist front page once read, “Treachery, Loyalty to Emperor Inherent Japanese Traits.”

The FBI director J. Edgar Hoover knew better, and in vain, told President Franklin Roosevelt that there was no need to intern the Japanese-Americans, who were harmless farmers, fishermen, and shopkeepers. He pointed out the “hysteria and lack of judgment” of those who saw a bogus national security rationale for rounding up the Japanese-Americans.

The Los Angeles Times has now become racist all over again, but this time as a left-wing paper that advocates racial discrimination against whites and Asians. It supports racial discrimination against Asian-Americans, in state college admissions: It wants to discriminate in favor of black and Hispanic college applicants, which would harm Asian students most (Asians slightly outnumber whites in the University of California system, because they tend to have the highest grades and test scores).

The Times took that position in a recent editorial backing racially-discriminatory Proposition 16. Prop. 16 would repeal California’s state constitutional ban on racial preferences in public education, public employment, and government contracts. That would allow state colleges to once again openly discriminate against whites and Asians in college admissions, as they did before California voters banned racial preferences in 1996.

Proposition 16 supporters claim that it will not lead to racial quotas. But even mild affirmative-action programs that don’t impose quotas can be quite expensive to taxpayers.  For example, before California banned racial preferences in 1996, the state supreme court upheld a program created the mayor of Los Angeles, that resulted in the city paying $3,987,622 for a contract, rather than $3,335,450, which was the lowest bid.

Yet, even as it advocates renewed racial discrimination, the Times depicts itself as opposing “systemic racism,” and as finally coming to grips with its racist past as part of America’s “racial reckoning.”

“Los Angeles Times apologizes for history of racism,” reads a headline today in the Times. Is it apologizing for comparing Japanese-Americans to vipers?

Alas, no. Instead, it is apologizing for its quality news coverage in later, more enlightened times. That’s because that news coverage depicted black and Hispanic criminals in a negative light — as if criminals deserve kid globes. The prime example of “racism” it cites is a news story from the late 20th century, when the Times was a moderate, center-left newspaper — one that repeatedly endorsed the black Democrat Tom Bradley during his tenure as mayor of Los Angeles.

The news story it repudiates is one that contained useful information about crime and its causes, and did not advocate racial discrimination of any kind. As today’s politically-correct Times puts it,

The headline was stripped across the top of the front page, “Marauders From Inner City Prey on L.A.’s Suburbs.” The story, published by The Times on July 12, 1981, described a “permanent underclass” in the city’s “ghettos and barrios,” fueling a crime wave that was spilling over from South Los Angeles into prosperous — and largely white — communities in Pasadena, Palos Verdes, Beverly Hills and elsewhere.

The article, the first of a two-part series, purported to be an ambitious look at a major social problem, and it cited a lack of education and jobs as underlying causes of inner-city distress.

A crime wave is important news that a newspaper should cover, not hide from its readers to protect their politically-correct sensibilities. But today’s politically-correct Times complains that the moderate Los Angeles Times of 1981 was racist for how it covered the crime wave, because the story “reinforced pernicious stereotypes,” and “quoted police and prosecutors unskeptically and implied that more aggressive policing and harsher judicial sentencing were the only effective responses to crime.”

Suggesting that harsher judicial sentencing reduces crime is not “racism.” It is simple common sense, confirmed by academic research: that longer sentences reduce crime. The National Bureau of Economic Research has a web page titled “Sentence Enhancements Reduce Crime.” It discusses how California’s Proposition 8 reduced crime by keeping “repeat offenders” off of the streets. According to the study it cites, “Because convicted criminals were serving longer sentences, years after the law’s change they were still locked up, rather than out on the streets committing crime.”

Nor was it racist to report on a crime wave committed by disproportionately black criminals against largely white populations. The existence of such crimes is a statistical reality. In 2018, there were 547,948 violent crimes against whites by blacks — and only 59,778 violent crimes against blacks by whites. That’s based on the Bureau of Justice Statistics’ National Crime Victimization Survey.

Today’s politically-correct Times may regret that its news story left an impression that the black crime rate is higher than the white crime rate. But that higher rate is a statistical reality, not a racist myth.

As Channel 4 News noted in a 2014 fact check, “black Americans are more likely to commit certain types of crime than people of other races.” For example, “around 13 per cent of Americans are black, according to the latest estimates from the US Census Bureau.” Yet, “according to the Bureau of Justice Statistics, black offenders committed 52 per cent of homicides recorded in the data between 1980 and 2008. Only 45 per cent of the offenders were white.”

This is not due to racism in arrests: “academics have noted that the proportion of black suspects arrested by the police tends to match closely the proportion of offenders identified as black by victims in the National Crime Victimization Survey. This doesn’t support the idea that the police are unfairly discriminating against the black population when they make arrests,” noted Channel 4 News.

‘SCOTUScare’: Here’s what Amy Coney Barrett has said about Obamacare in the past
Next Post
Cartoon of the Day: Fiery but peaceful messages from our leaders 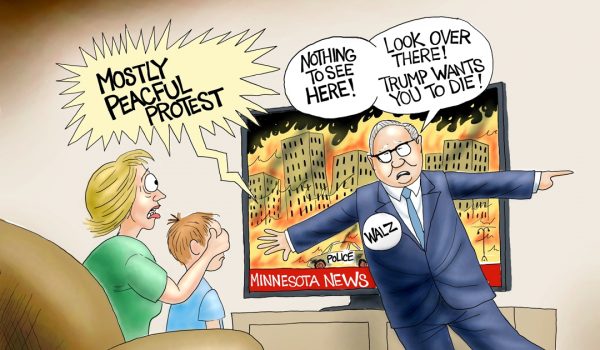