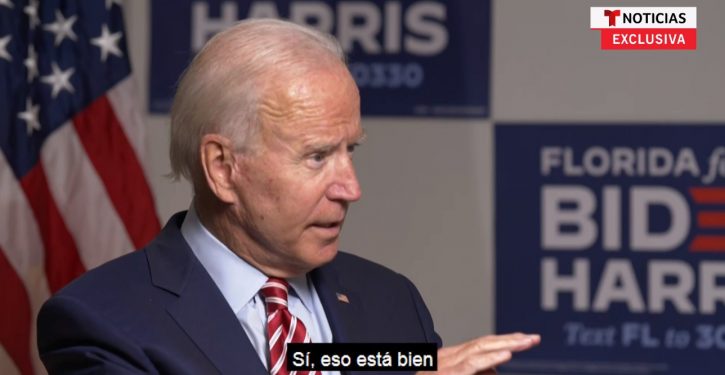 What will it be like having a president of the United States who can answer questions only by reading “canned” scripted lines off a teleprompter? The American people may get a chance to find out if Joe Biden wins the presidency.

Although his campaign adamantly refuses to say whether he is using a teleprompter during live interviews, it is becoming increasingly obvious that he is. Two weeks ago I reported on a town hall Q & A video in which Biden can be plainly heard instructing his staff to “move it up here,” then pausing before answering a question that had been Skyped in. If he wasn’t asking that the teleprompter be repositioned, then what was he referring to? (RELATED: Biden reads aloud quotation marks off teleprompter for non-quoted material)

It seemed to happen again during an interview with Telemundo designed to broaden his appeal with Hispanics, a key demographic where he is trailing Donald Trump in support in the state of Florida. Biden is rambling away on his plan to freeze deportations for the first hundred days of his presidency when he suddenly interrupts himself, saying, “I lost that line.” His host, Rep. Mario Rafael Díaz-Balart, replies, “Yeah. Well, it’s — that’s good, because we can talk, you and I, on that.” Watch:

Even when Biden isn’t losing lines that appear on a teleprompter before him, he’s losing other lines that he should have committed to memory as a child. Here he is mangling the pledge of allegiance.

"I pledge allegiance to the United States of America, one nation, indivisible, under God, for real." pic.twitter.com/Gct4AEVWog

And who can forget his stirring recitation of the opening of the Declaration of Independence at a rally in March:

Joe Biden tries to quote the Declaration of Independence, failspic.twitter.com/ULzGB0XtQK

Yes, his audience knows “the thing.” But why doesn’t he? 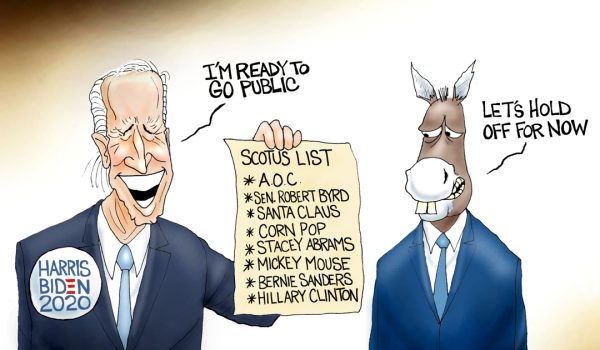