“We write to ask that you open an emergency investigation into whether U.S. Attorney General William Barr, U.S. Attorney John Durham, and other Department of Justice political appointees are following DOJ’s longstanding policy to avoid taking official actions or other steps that could improperly influence the upcoming presidential election,” the Democrats wrote to Michael Horowitz, the Justice Department inspector general.

Democrats are questioning the legal authority of the investigation and whether Durham is allowed to release a public report of the probe before the election.

“Attorney General Barr has signaled repeatedly that he is likely to allow DOJ to take prosecutorial actions, make public disclosures, and even issue reports before the presidential election in November. Such actions clearly appear intended to benefit President Trump politically,” the Democrats wrote.

Republicans on the House Judiciary Committee shot back at the letter, saying in a tweet Friday that Democrats “are absolutely terrified” of the Durham probe and what it might uncover.

They know Barr and Durham are cleaning up the what the Obama/Biden DOJ left behind.

And the results won’t be pretty for them. https://t.co/8OxFZL23qN

“They know Barr and Durham are cleaning up the what the [sic] Obama/Biden DOJ left behind,” the Republicans wrote. “And the results won’t be pretty for them.”

Durham is conducting a sprawling investigation into FBI, CIA and other U.S. agencies’ Trump-related actions during the 2016 presidential campaign and beyond.

The investigation has dug further into the findings of an IG report that Horowitz issued on Dec. 9 that said that the FBI misled the Foreign Intelligence Surveillance Court in order to obtain warrants against Carter Page.

Many of the errors Horowitz identified involved the FBI’s handling of the Steele dossier.

Durham has also interviewed former CIA Director John Brennan as part of the investigation. The prosecutor is reportedly looking into the CIA’s assessment that Russian President Vladimir Putin authorized meddling in the 2016 election specifically to help Donald Trump.

While Democrats have portrayed the Durham investigation as a witch hunt, one former FBI lawyer, Kevin Clinesmith, has pleaded guilty in the probe. Clinesmith admitted to altering a June 2017 email from a CIA analyst regarding Carter Page.

Barr has denied that the investigation will influence the upcoming election, saying that former Vice President Joe Biden is not a target of the inquiry.

Barr said in an interview on Aug. 13 that he expects “significant” developments in the investigation to come out before the election. 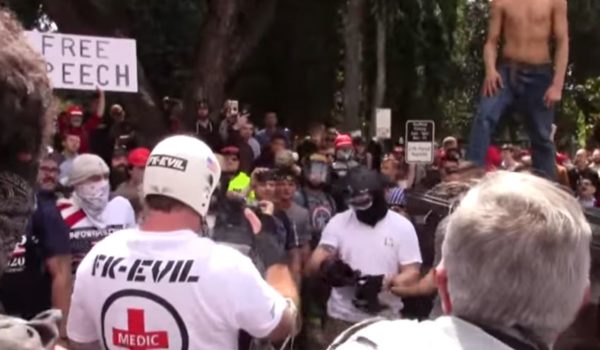 ‘Death to America’ shouldn’t be a lesson plan
Next Post
In middle of Rosh Hashanah greeting, Biden forgets what he is saying