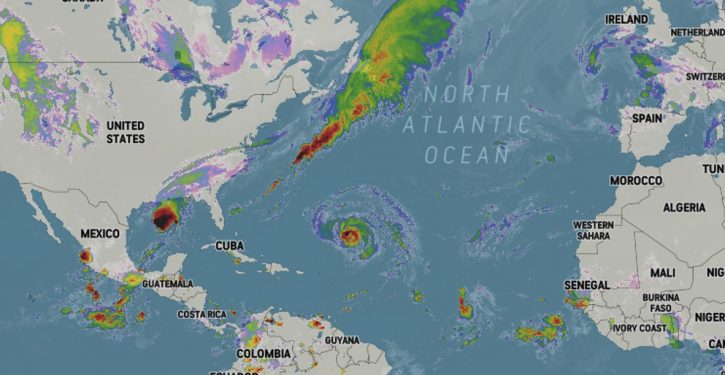 It’s gratifying that one game we were suffering postponement of, when we wrote last week, is really happening this week.  Actually, we’ll be certain it’s happening when there’s a kickoff and a least a full quarter of play under our suspicious belts at T. Boone in Stillwater, OK on Saturday morning.  But at least it hasn’t been already canceled (or, in the insanely optimistic version, solemnly “postponed” once again).

Meanwhile, the Big 10, under the gun from El Presidente, has voted to go ahead and have some kind of season, starting on 24 October.  Eight games in a nine-week vulnerability period is what we’re told, but of course we can always get to game time, in any given weekend kickoff slot, and discover that our promising Cat 3 hurricane has not only subsided to a tropical storm but has wandered east from P’cola to some hostile long-range attack on Bermuda.  A Big 10 schedule is to be unveiled on Saturday, complete with a weirdly orchestrated championship week in week 9, which at this point is just making our head hurt.

The Big 10 resolution is a bummer for the lawyers in Nebraska, who had a chop-licking new line of work to make hay from this fall.   But it’s a pick-em-up for the many deserving fans of teams like Maryland and Michigan, who would otherwise be denied their opportunity to watch in howling hopefulness for three hours on important fall Saturdays until they had to shriek “Nooooooo!!!!!!!” once again at an indifferent sky.

Still, we’re not giving up on the legal teams of Nebraska.  In a season like the one we’re facing, there should be plenty of non-performance and non-compliance to sue over.

POTUS says he’s trying to get the PAC-12 to put up some football too, before it gets to be too late to even turn on the barbecue.  Good luck to him.  Eight of the 12 are in California, Oregon, and Washington, and those states are preoccupied with explaining why all the things going wrong in them are the fault of everything other than their precision-targeted wrong-causing policies.

The schools are to vote this coming Thursday, however, with an eye (as of now) to starting something, if they start, on 31 October.

It’s going to be hard in the coming weeks to give quality attention to much beyond the Post-RBG Riots, which social media inform us are now being scheduled.  But we’ll do our best.

We’re cautiously optimistic that the University of Tulsa Golden Hurricane, which beat Notre Dame 28-27 on 30 October 2010, will in fact take the field with #11 Oklahoma State at 11:00 AM on Saturday.  The ESPN game schedule page isn’t even updated yet (i.e., to reflect that Tulsa will actually be there), but the sportsbabblers are assuring us that both teams passed their COVID tests on Friday, so the game should officially be on.

The Pokes are giving 23, which sounds parsimonious to us but bettors are probably a bit purse-pinched and understandably wary of sure things this season.  (Ha.  “Season.”  See what we mean?)  We’d love to hold out hope for the Tulsa D against OSU QB Spencer Sanders and his favorite target WR Tylan Wallace, who’s back in action.  But let’s just be crisp and clear about it:  we don’t.  Tulsa does have some tall corners, but although their defensive consistency improved a lot last year, they’re still not quite there for teams with more than one guy who can catch.  And OSU will definitely have that; besides Wallace and a gang from last year, they imported Dee Anderson from LSU and “Tay” Martin from Washington State in the hiatus.

Tulsa’s D may do fairly well against the Cowboy ground game, with their ever-improving tackling execution, but we’re not expecting much in the way of pressure on Sanders.

It’s conceivable that TU can post some numbers offensively, bringing QB Zach Smith and a nice running corps led by Brooks (Shamari; 1,000+ yard 2019 season and 23 rushing TDs as a Tulsa starter) and Taylor.  The receivers, led by experienced seniors Stewart and Stokes, can get the job done on first-down-making shots if Smith has just enough split seconds to attend to business in the backfield.  With OK-State returning most of their defensive starters, however, they’ll have the edge on the Tulsa O-line, even though the latter is (mostly) loaded with returning juniors and seniors and no more than half-bad.  (For the future, a 2020 true freshman from Texas, Dillon Wade, could give the Tulsa O-line a boost at the perennially weak LT. We’ll be keeping an eye on him.)

We’re just excited to see some of our teams play a real game each week.

New #3 Oklahoma plays again next week, hosting Kansas State. (Ominous music)  For now.  (An LOL pause here for the surreal season in which soundly whupping an FCS team bumps you up from #5 to #3.)

Navy will be at American conference foe Tulane, also on Saturday morning at 11:00 CDT.  Tulane didn’t suck last season, and didn’t seem to lose more than average with the change of academic years – as opposed to Navy, which clearly did.  Tulane’s giving 7.5, but after the rough Navy performance in game 1, we’re dubious. The AAC West teams all have to play Navy now, and they stoke up for the triple O; it’s not as easy as it was in Navy’s first year in the conference to stay ahead of the defenses.  (That said, Navy’s biggest weakness looks to be on D this year.   They’ve got some good material to work with, but close to zero in the experience department.  No nose for the ball in what we saw of game 1.  Rebuilding year.)

Army, which popped up to #22 after an excellent start against Middle Tennessee and LA-Monroe, is solemnly postponed against previously scheduled opponent #21 BYU.  Both being Independents, there’s a better-than-average chance they will actually play each other at some point.  Unless the Spirit moves us otherwise, we’re going to assume all Solemn Postponements are due to The COVID.

Speaking of which, Virginia Tech and Virginia are Solemnly Postponed.  As of this moment, VT is to host NC State (motto: “They have a football team?”) next Saturday.  Memo to the ACC: we’re not going to be Charlie Brown here to your Lucy-with-the-football forever.

#6 LSU, as previously mentioned, is currently scheduled to start the season with the rest of the SEC on 26 September, hosting Mississippi State.

TCU is scheduled to host Iowa State on 26 September.

However, #1 Clemson hosts The Citadel (FCS, Southern) on Saturday, which is giving us vertigo because it’s September.  Yada-yada; numerous yards and points to the Tigers, but of course no line.

And Notre Dame has surged to #7 coming off last week’s win, and will be hosting South Florida on Saturday, giving 24.

We’ll chat up the Top 10 next week, since no one else is on the field this weekend.

Our admiration is off the charts for the ACC, AAC, C-USA, and Sun Belt, which are out there plugging every week.  We like the prospect of #17 Miami at #18 Louisville (-2.5) in the marquee slot on ABC.  No hesitation in recommending that one.

A very interesting bout looms with #14 UCF and Georgia Tech, darned if which latter didn’t edge out Florida State 16-13 last week after a shatteringly horrible 2019 season.  Central Florida’s giving 7.5 on the road, but as we say, it could be interesting.  GT seemed to have more D last week than they’ve had for a good three seasons.

Syracuse didn’t do much for us last Saturday, but we’ll be interested to see how #25 Pitt is shaping up this year.  Panthers host with a 22-point give.

Boston College at Duke (-6) should look like competent FBS football.  We’ll be paying attention to SMU at North Texas too, although that’s more because SMU is a Tulsa rival than anything else.

In Div III, we are heartbroken to report that the New Jersey Athletic Conference has gone down for the count, and Christopher Newport University will not be hosting Brevard College on Saturday.  No Solemn Postponements on NJAC schedules; it’s “Cancelled” as far as the eye can see.  Adieu, mon Div III 2020.  Sad!

Merchant Marine still hasn’t overtly thrown in the towel (and keeps tantalizing us with “meet the players” and “meet the coaches” fare in their news menu).  But anything schedule-wise for 2020 remains “To Be Announced.”  We’re guessing that means they may still be able to arrange a rivalry game with Coast Guard, which is the one that matters.