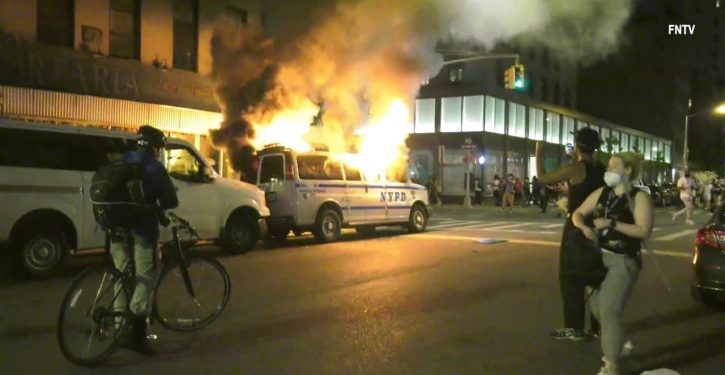 At least five banks, two Starbucks stores, and a Duane Reade convenience store and pharmacy sustained around $100,000 in damage from smashed windows, the Post reported citing sources within the New York City Police Department. Eight people were arrested, and police reportedly found smoke grenades, burglary and graffiti tools, and two stun guns, according to the Post.

The “New Afrikan Black Panther Party” and the “Revolutionary Abolitionist Movement” sponsored the rally to “#DropTheCharges and demand #AmnestyForAll” encouraging people to “pull up” to 100 Centre Street, the address of New York County Courts in Manhattan, on Friday morning.

EXCLUSIVE: As protestors take to the streets of New York, a small group of troublemakers are seen smashing windows. We know of at least 8 arrests tonight. One store worker says he understands the protests, but doesn’t get the destruction of property – 11p @NBCNewYork pic.twitter.com/vr4z76ZqQn

The eight arrested were all charged with rioting while some were issued additional charges including weapons and burglary tool possession, the Post reported. One of the demonstrators who was arrested was reportedly from Portland, Ore., and another was from Iowa.

Though the protest was advertised to start at 100 Centre Street, it reportedly started a couple of blocks south, at Foley Square around 6 p.m., the Post reported. As protesters moved north, they reportedly started fires in trash cans and graffitied words including “abolition.”

“Every city, every town, burn the precinct to the ground,” protesters chanted, the Post reported.

Three banks were damaged in six blocks on Seventh Avenue, police said, according to the Post.

“We call on everyone who stood up during the #GeorgeFloyd uprising and all supporters to come out to say #DropTheCharges for all who have fought for our liberation!” an account associated with the Revolutionary Abolitionist Movement tweeted Friday.

One demonstrator smashed the windows of a shop as others used umbrellas to hide the individual, security footage shows, an NBC reporter tweeted Friday. 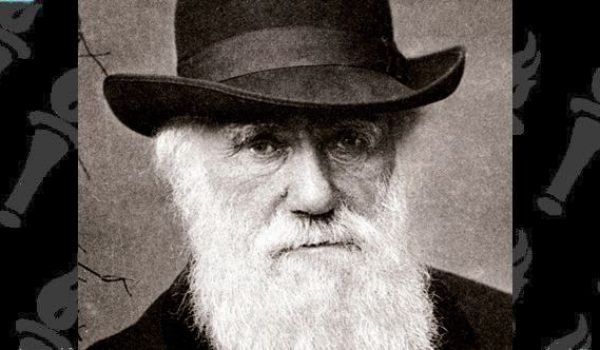 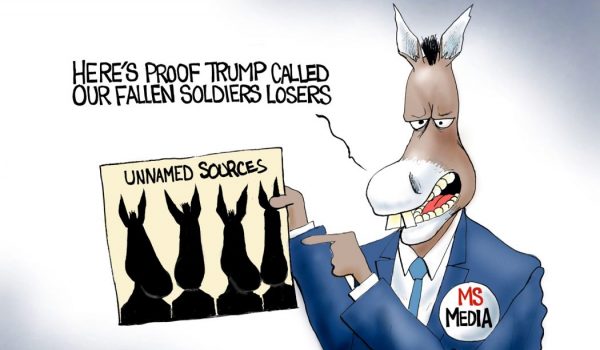