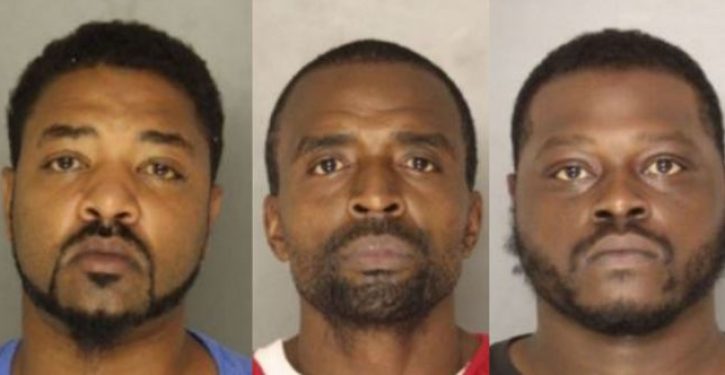 The three men charged in the slaying (Image: Police photo)

Police arrested three men Friday in connection with the late August shooting death of a one-year-old baby in Pittsburgh.

Andre Crawford, 29, Devon Thompson, 36, and Marvin Hill, 41, were apprehended by officers and charged in relation to the Aug. 24 fatal shooting of Zykier Young, a baby, according to Fox News. Young was shot in the head inside his own home as he slept around 6 p.m., a Pittsburgh Police blotter detailed.

Young was rushed to a local hospital in a patrol car, as officers sat in the back seat and tried to control the infant’s bleeding, according to the blog post. Young was unable to be resuscitated and was pronounced dead at a medical facility, the post read.

The shots came from outside the boy’s home and passed through a window and two walls before striking the infant, according to the blotter. Officers have yet to release a motive for the shooting or the circumstances surrounding the violent incident, but police are continuing to investigate, the blog said.

A similar incident occurred recently in New York City when one-year-old baby was shot in the stomach and killed during a cookout in July, according to the New York Post.

New polls suggest the presidential race is still Joe Biden’s to lose
Next Post
NFL player: We have ‘green light’ to ‘do something that makes a boom’ during protests