Yesterday, CNN’s Don Lemon admonished Joe Biden for his silence over the violence that has plagued Democratic-run American cities ever since the death of George Floyd. Presumably Lemon, whose own network continues foolishly to play down the violence, as the chyron below illustrates, was influenced by a poll revealing that the “unrest” has become a hot button issue among voters ever since the Republican National Convention began promoting it. 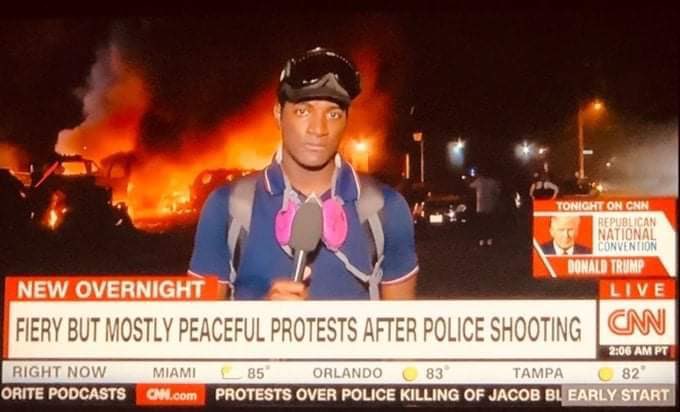 Now another liberal has sounded off about BLMers rocking the boat. This time the source of the criticism is Washington, D.C., Mayor Muriel Bowser, who tore the demonstrators a new one for going into restaurants en masse and hectoring diners who refused to raise their fists for black power.

Several videos showing protesters confronting and harassing people eating outside restaurants in the District went viral on Tuesday as demonstrations were held nationwide over the police shooting of Jacob Blake. In one video, a crowd of people surrounded a restaurant patron after demanding other diners show their solidarity by raising their fists. When the woman did not, protesters began confronting her, chanting “no justice, no peace,” and “white silence is violence.”

In response, Bowser said she … “would encourage any diner or restaurant to call the police immediately” if incidents like those in the video happen.

“I would venture to say that the vast majority of those experiences have been 100 percent positive,” Bowser said about D.C. dining experiences. “I also don’t think that D.C. residents would be bullied out of living their everyday lives.”

The stern rebuke reveals that Bowser, who was behind the painting of the first “Black Lives Matter” slogan, also has her breaking point 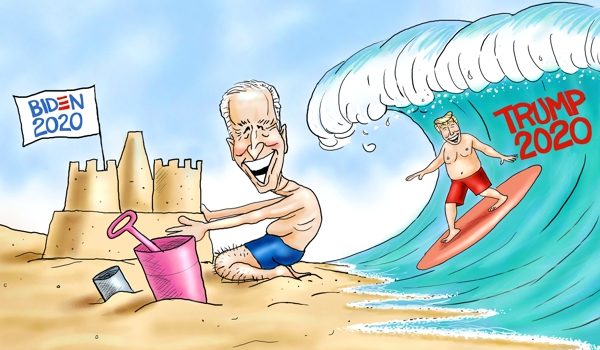