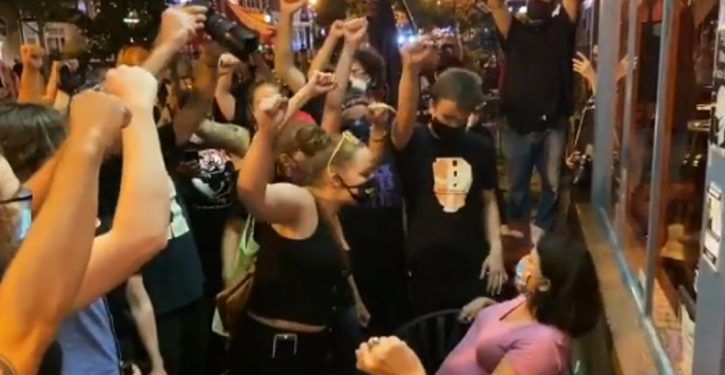 Back in June, the “summer of love” envisioned by Seattle Mayor Jenny Durkan came to an abrupt end when the so-called CHAZ “autonomous zone,” set up by radical Antifa and “black bloc” leftists in the downtown area, was the scene of multiple shootings that resulted in three homicides.

America seems to have forgotten that horrible consequence of driving the police out of the downtown Capitol Hill area, with the complicity of the Seattle City Council.  It’s unlikely that there can ever be a full accounting of what happened to the three homicide victims; the Seattle police had no way to get in and establish crime-scene protocols in order to properly investigate.

That breakdown in the rule of law was a wrenchingly significant one that went largely unremarked.  What we do about unjust deaths is one of the chief red lines of civilization, and we’re perilously close to crossing it.

Seattle’s city council went on to vote for a huge cut in police funding, pretty much guaranteeing that Seattle, at least, is going to cross that red line in the near future.  The police chief, Carmen Best, tendered her resignation.

But the media had flocked in the meantime to Portland, Oregon, to flog the ridiculous theme that riots there, which have been occurring every night since George Floyd’s death in Minneapolis on Memorial Day, were suddenly due to a deployment of augmented federal law enforcement on 1-2 July to protect the federal courthouse.

After establishing a protected perimeter and holding it – albeit with difficulty – for several weeks, the Department of Homeland Security stood down the augmented force.  Democrats and the media assured everyone that the riots would now subside, the extreme provocation of the augmented federal police force being removed.

However, the riots have continued in Portland, unabated.  They’ve moved elsewhere (like a police station near the federal courthouse), including into residential neighborhoods some distance from downtown, where a mob recently howled at householders in the middle of the night, banging on metal and drums, turning spotlights on homes, and adjuring residents through bullhorns to “Wake up! Wake up! Wake up!”

Tonight, BLM protesters terrorize the suburbs of Portland and shut down the streets as they chant & scream "Wake up, mother f—ker wake up!"

This is what Democrats want for America. pic.twitter.com/8o92nOwBIH

No justice, no peace, you see.  Clever.

Now there’s Kenosha, Wisconsin, and the police shooting of Jacob Blake, who was adamantly refusing to comply with police orders and apparently reaching for something inside his vehicle at the time he was shot.  This is another terrible event that no one would want to happen.  Perhaps the police will be found to have been at fault.  There is nothing about it to suggest racial bias – except on the part of the media and politicians who immediately took up that theme.

Things are going badly in Kenosha.  But our first stop is the simultaneous outbreak in Washington, D.C. of a favorite tactic in all the socialist revolutions of the last century, including Weimar Germany as well as Russia and China.  The tactic is to send gangs to roam the city streets and intimidate innocent citizens, demanding that they engage in compulsory displays of fealty to the radical cause.

There were several videos posted on social media of Black Lives Matter gangs (mostly white) harassing outdoor diners in D.C. in the last couple of days.

BLM scumbags demand that diners at restaurant raise their fists for black power. Brave young couple retains dignity, refuses. Be that couple. Don’t be the embarrassing mustachioed coward to the right who has forfeited his dignity for all time.

As the videos show, the BLM gangs demanded that diners raise their arms in the fist salute associated worldwide with revolutionary leftism.

The small handful of recalcitrant patrons were surrounded and shrieked at repetitively for extended periods of time.  It doesn’t matter what the words were; it’s just demonic noise.  But if readers feel like transcribing it, please knock yourselves out.

Back in Kenosha, which is on fire like Atlanta in Sherman’s wake, a riot-scrabble seems to have resulted Tuesday night in a shooting in which a rioter was hit in the head.  The on-scene reporting from Elijah Schaffer of Blaze TV appears initially to indicate that the shooter was a “Boogaloo,” a radical thug organization which the media assure us is “right-wing.”  The Boogaloos are an awful group (their profile is racist) with a very short but awful track record, having reportedly been behind the shootings of law enforcement officers in California after the George Floyd riots started.  Sometimes referred to as a militia, they are the opposite of law-abiding and carefully constitutional, falling more in the vigilante category.  (Click through for threads at Twitter.)

I will update who shot him! pic.twitter.com/xZ6v5mpI82

Julio got footage of the second shooting.

It looks like the guy accused of shooting the first victim possibly shot the second victim. Not confirmed. This is insane. https://t.co/DoC6KowAXC

That said, there are hardly any of them, they’ve had almost nothing to do with the rioting and looting since the end of May, and the media overhype them desperately to make it appear that there is a significant source of violent anarchy coming from the right.

It is no defense of the Boogaloos to point out that they simply aren’t an equivalent source of anarchic political agitation; i.e., equivalent, in either numbers or tactics, to Antifa and the black blocs (including the agitation-focused national BLM organization, although not necessarily all local BLM groups).

What they are, however, is a potential excuse for the media and Democrats to claim that all of America needs to be locked down within an inch of our lives because now a Boogaloo has shot a BLM rioter in Kenosha.  (The feds, as I noted before, link above, need to watch the Boogaloos as vigilantly as anyone else, given the possibility that they can be induced – or self-driven – to mount a more active profile.  There is no evidence of ulterior political motivation behind them, but that doesn’t mean no one can generate some.)

I can’t really improve on what I tweeted earlier on this topic by adding words to it, so I’ll just embed the tweets here.

… to avoid singling out rioters.
Rioters are & should be more suspect. Not a race thing at all; rioters look mostly white anyway.
You *trust law-abiding & stay on their side,* w/martial-law crackdown.
You stop pretending riots are "#protests." Stop giving #riots cover. 2/2

(Late-breaking update: this is bound to get uglier, as one of the total of three people shot on Tuesday night in Kenosha has reportedly died of his injuries.)

Neither the BLM rioters – the arsonist-looters – nor the Boogaloos are eligible at this point to be treated as if their purpose might legitimately be to exercise First Amendment rights.  They do not merit equal benefit of the doubt under the law, as compared to innocent, law-abiding citizens.

Nor is there any justice whatsoever in treating law-abiding citizens as if they might suddenly start rioting.  The law-abiding are to be respected and trusted with all their rights.  Doing that is the essential path to restoring law and order – not an obstacle to it.

There needs to be a crackdown, but not one that targets and tries to polarize sentiment against the law-abiding.  That is why, sadly, in most places in the country, the Democrats cannot be in charge of restoring law and order.  They have become all about lionizing and giving preferential treatment to the law-breakers now.

Speaking of the law-abiding, however, they’ve been seen again in Kenosha, as they have elsewhere, turning out to protect their communities from the black bloc rioters.

Some in residential neighborhoods in Kenosha even fired warning shots to drive off invading agitators (going by the video clips, it seems to have worked).  No one thinks this is fun.  But given that rioters have already set a building on fire in which families were trapped in upstairs apartments, homeowners were fully justified in wanting to simply drive the arriving gangs away before they could start anything.

The timeline is accelerating. We’ve blown through a good five years’ worth of Bolshevik-style street agitation from the 1910s in just three months.  Similar observations could be made about the street-agitation patterns of Weimar Germany and the orchestrated political acrobatics of Mao’s China in the 1950s and 1960s.

It’s as if every playbook of the 20th century – including Saul Alinsky’s – is being broken out and rushed through in record time.  Someday historians are going to think it’s the darnedest thing they’ve ever seen.  The lesson for us, the ones appointed to live through it, is that we needn’t be in doubt about what is happening.

Good-hearted determination to treat each other well and fairly in civil life will stand us in good stead as we improve police practices and rid the justice system of bias – related mainly to types of crime, not to racial prejudice – that in some ways may have a greater impact on minority offenders.  These are worthy goals, and the attitude of goodwill is well suited to the task.

Neither one is suited to addressing the agitation by the black blocs, which is entirely about ulterior motives and destroying the underpinnings of middle-class life.  No amount of reforming police or the justice system will make the riots stop.  The riots aren’t about that.  The sooner we get that through our heads, the sooner we’ll get the rioting stopped cold, which is the only way to stop it. 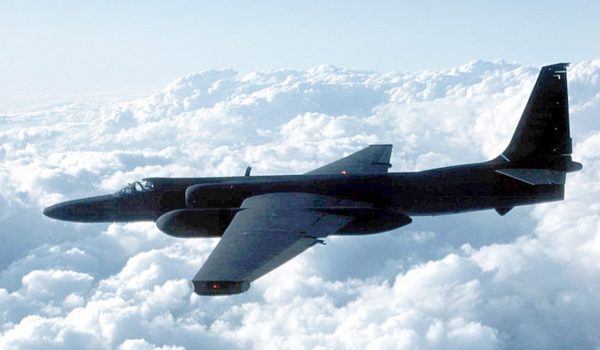