Hunter Biden and his younger sister Ashley Biden delivered remarks about their father last night, which marked the last night of the Democratic National Convention.

Hunter Biden has been the subject of intense scrutiny by President Donald Trump over his work with the Ukrainian gas company Burisma Holdings while his father, former Vice President Joe Biden, pressured the country’s former president to fire a prosecutor who was investigating the firm.

In addition, Hunter Biden traveled to Beijing with his father on Air Force Two in 2013 so he could improperly secure $1.5 billion in funding from the Bank of China for the private equity firm BHR Partners.

But Chinese business records show that Hunter Biden still owns a 10% stake in BHR through his company, Skaneateles LLC.

Tonight’s program will include a tribute to Beau Biden, remarks from Ashley and Hunter Biden and a video about the Biden grandchildren. pic.twitter.com/EeekpsJ4Oc

Hunter Biden maintains his stake in BHR despite a pledge in December from his father that none of his family members would “be engaged in any foreign business” if he is elected president in November. (RELATED: Chinese Private Equity Firm Updates Records To Remove Hunter Biden From Its Board, But He Still Owns 10% Of The Company)

Joe Biden’s campaign has not responded to multiple inquiries asking if he will call on his son to relinquish his stake in the Chinese firm.

Hunter Biden’s international business dealings are likely to remain a major focal point of the Trump campaign, which launched a digital ad blitz on Thursday highlighting his ties t0 China.

Senior Biden campaign advisor Symone Sanders downplayed the Trump campaign’s attack on Hunter Biden, telling Politico on Thursday they’re “re-upping these attacks because they’ve yet to find anything that sticks.”

Can Trump learn from the last three defeated incumbents?
Next Post
Bannon arrest a ‘salvo’ at Trump admin from ‘sovereign district’ (SDNY) 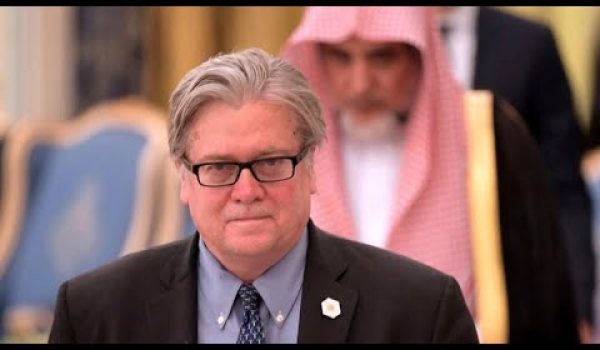