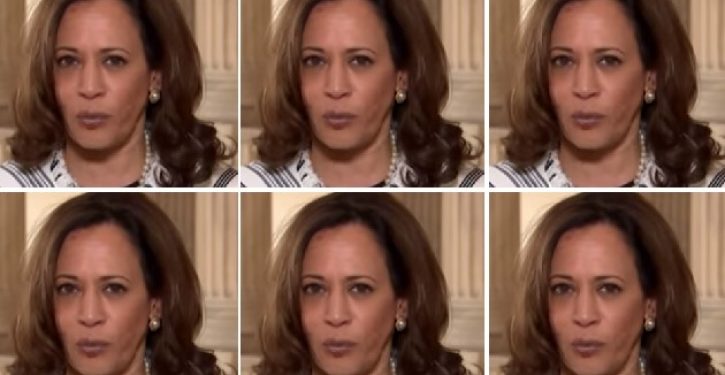 If there’s one area where Joe Biden has lagged consistently behind Donald Trump, it is enthusiasm. When polled, far more prospective voters claim they plan to vote for Biden because they don’t like Trump than because they are psyched about a Biden presidency.

Democrats’ desperation over appearing unloved prompted them Wednesday night to borrow a trick from the terrorist handbook.

You may recall that in 2008 and again in 2012, Iran’s state-run Mehr News Agency (MNA) published digitally-altered images to make its missile program appear stronger than it actually was. The idea behind the deception was to strike fear into the hearts of Israelis and Americans.

One of the techniques most favored by MNA’s art department was the clone stamp tool in Photoshop. This tool enables the digital artist to duplicate any object in a photo. Like magic, three missile launches become four, as you can see by comparing the topmost photograph below to the one that follows it. 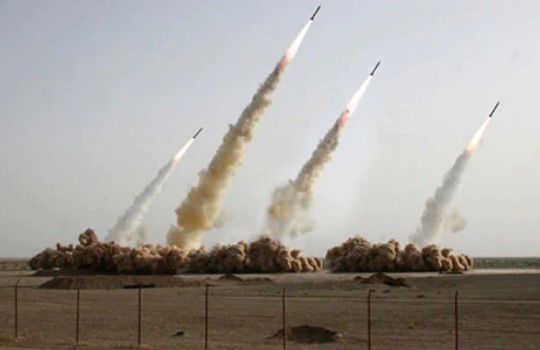 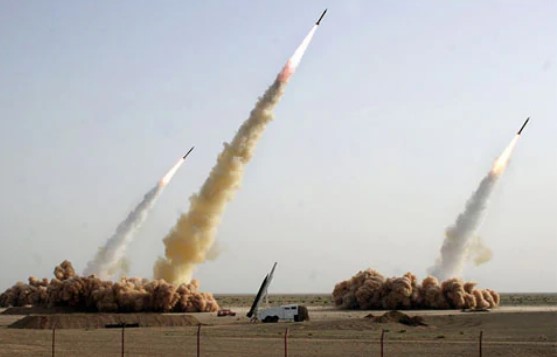 Iran ultimately gave itself away by overusing the clone stamp tool, resulting in images like this: 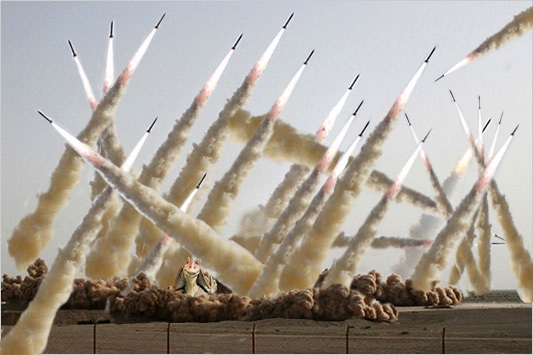 So how does this dime-store chicanery figure into the DNC’s handling of its enthusiasm gap? The party decided to display the reaction of multiple virtual attendees of Kamala Harris’s acceptance speech on screen simultaneously in a 6-x-5 matrix.

Here is a shot of Harris waving to her virtual supporters:

Just one small problem. If you look closely, as some Twitter users have done, you find that there are duplicates among the component photographs: 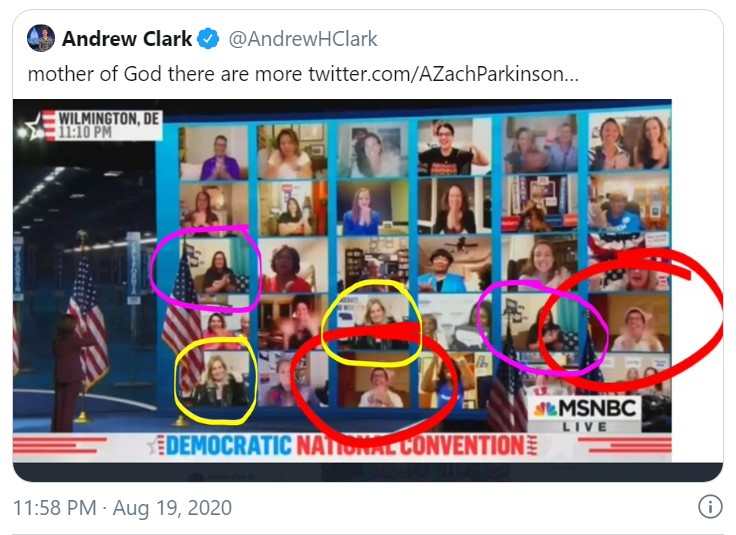 I would say the Biden-Harris ticket is off to a bang-up start.