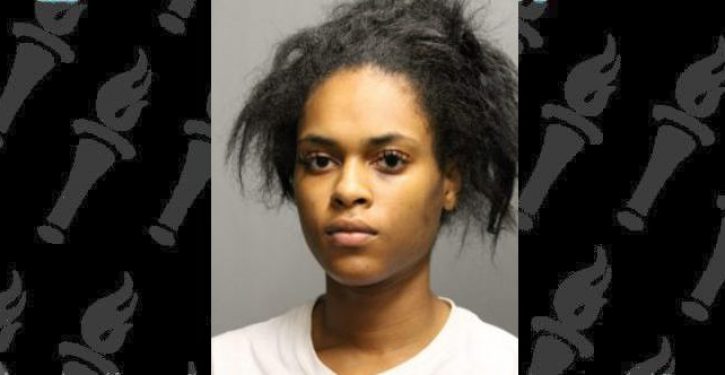 We’ve seen “trophy videos” before. They were commonplace during the Obama years when the “game” known variously as “knockout” and “polar bear” were popular. The game was played by two or more people of color. Game play entailed approaching a white stranger on a city street. Player 1 would punch the stranger’s lights out, while Player 2 recorded the assault.

Naturally, the videos made it easier for police to track down the assailants, which is precisely what happened to 22-year-old Taeshia Rochon. Rochon didn’t punch anyone, but she did post videos of herself looting two Chicago stores in the early hours of Aug. 10. (RELATED: Contender for title of world’s dumbest thief uses stolen credit card for friend’s bail)

Here is a sample of her handiwork.

The stores Rochon recorded herself looting included a Nordstrom and Sunglass Hut. It sounds as though may have been following the advice of Ariel Atkins, an organizer with Black Lives Matter Chicago, who declared looting to be “reparations” and urged looters to continue stealing “anything they want to take” because the businesses “have insurance.”

Obama fails to pull off political miracle for Biden at Democratic Convention
Next Post
Do Democrats hear what they are saying?