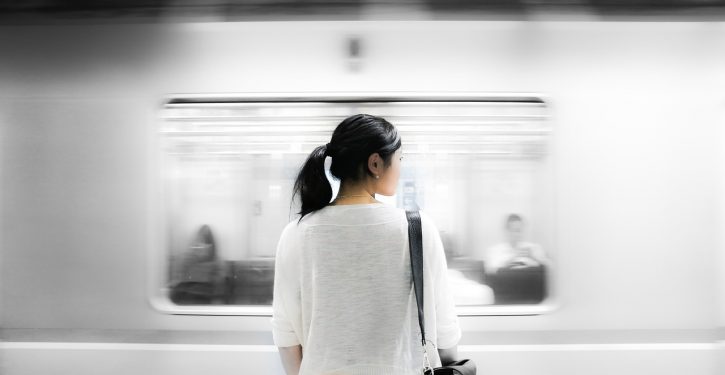 Question: What is the fastest-growing racial/ethnic group in the U.S. electorate?

If you answered “Hispanic,” you would be wrong. Instead, it is Asians. According to Pew Research Center, from 2000 to 2020 the number of Asians eligible to vote grew by 139% — compared to 121% for Hispanics.

This week, when Joe Biden selected Kamala Harris to be his running mate, Politico referred to the California senator as “a Black and South Asian woman.” (Harris’s mother emigrated from India, her father from Jamaica.) And Biden’s list of prospective vice presidential nominees also included Illinois Sen. Tammy Duckworth, who is of Thai descent.

Will such high-profile Asian-American women leaders help usher in a new era of influence for the increasing number of voters with Asian roots? Asians in America already wield economic power with the highest median income of any race or ethnic group at $87,194 — compared to $70,642 for Caucasians, Hispanics with $51,450, and $41,361 for African Americans.

There are 22.4 million Asian Americans, 5.6% of the population, according to U.S. Census estimates. In November’s election, eligible Asian voters are projected to be 4.7% of the electorate, up from 4% in 2016. Theoretically, if they were strategically concentrated, Asians could potentially influence swing state outcomes when considering that in 2016, Florida, Pennsylvania, Michigan, New Hampshire, and Wisconsin were all won by margins of 1.2 percentage points or fewer.

However, since these voters are not concentrated in battleground states, they are usually overlooked by both parties as a growing voting bloc.

The data explain why, by detailing where Asian voters are primarily located. Starting with the 2008 presidential election, the nine states listed below have all been “blue” with a high probability that they will again vote Democratic in 2020. The states are ranked by their percentage of eligible Asian voters (with Electoral College votes also indicated).

Furthermore, how Asians vote is revealing.

Almost across the board, 2016 exit polls showed 65% of Asians cast their ballots for Hillary Clinton, compared to 27% for Donald Trump. Worrisome as those percentages are for the GOP, they fall short of exit polling from the Asian American Legal Defense and Education Fund, as reported by NPR. That data shows Clinton won 79% of Asian voters with only 18% for Trump.

This high percentage of Asians choosing the Democratic presidential candidate mirrored the pattern of Hispanic voters, who, by 66% to 28%, preferred Clinton over Trump.

Parenthetically, it is important to note that the Hispanic vote continues to increase steadily. In 2020 Hispanics are projected to be 13.3% of the electorate, up from 11% in 2016. The fact that millions of Hispanics live in battleground states leverages and accentuates the importance of this traditionally Democratic voting bloc.

But similar to Hispanic trends, Asian population growth eventually will spill into, and likely impact, traditionally “red” and swing states since Asian support for Democratic candidates appears to be solidifying and consistent.

How did the overwhelming preference that Asians had for Clinton in 2016 compare to past presidential elections?

What follows is data from the last seven presidential elections, showing the Asian vote as a percentage of the total electorate along with the percentage of that vote received by the candidates. (1992 was the first year Asians were listed in exit poll data.)

The trends are clear: The increase in Asian voters has favored Democratic candidates.

Speaking as a longtime Republican, my party can’t just write off this group of voters because they primarily live in blue states. Conversely, imagine how much reporting there would be about “courting the Asian vote” if it were a factor in either candidate winning, say, Florida, Michigan, or Pennsylvania? Potentially losing the Asian vote again by two-thirds or more portends a larger long-term issue. The GOP cannot survive as a national party heavily dependent on white voters since this majority — itself fractured — is shrinking relative to other groups. For example, in 2020 whites are projected to compose 66.7% of the electorate. Compare that to 70% in 2016 — down from 72% in 2012, 74% in 2008, and 81% in 2000.

My party must undergo a dramatic course correction to attract non-whites, including a concerted effort to stop the hemorrhaging of Asian voters before they grow into another double-digit, overwhelmingly anti-GOP voting bloc. And if the current polls prove correct, there will be a forced course correction with an assist by the first “Black and South Asian woman” on the national ticket. 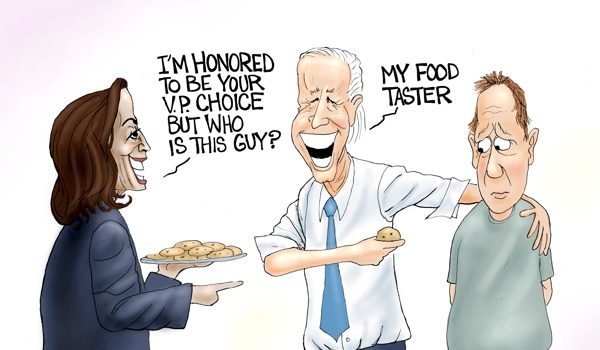 Cartoon of the Day: In bad taste
Next Post
25% in U.S. say neither candidate would be a good president