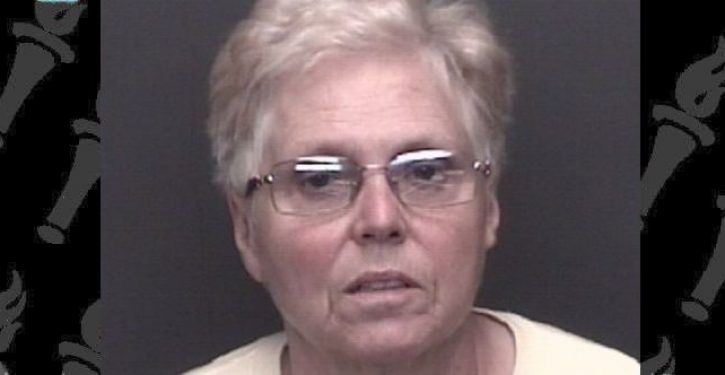 As the tug of war over the safety of mail-in ballots continues to drag on, a secondary campaign is being waged by the so-called elite media. It is a campaign of silence. Which is to say that news items that fit their narrative that mail-in voting is tamper-proof are given space while out-and-out examples of voter fraud end up on the cutting room floor.

Which in turn explains why you haven’t heard of Janet Reed unless you are a viewer of Evansville, Ind. virtual station WFIE or a listener of “adult contemporary radio” station WIKY, also serving Evansville. These are the only two sources that turned up in a Google search of Reed’s name.

So who is Reed and why is she newsworthy? In June, she is alleged to have to have mailed out around 300 ballot requests to voters with the Democratic Party box already checked off. Some how the police got wind of her “shenanigan” — perhaps with the help of election officials who say Reed is not affiliated with their office — and Reed was arrested. She has since been charged with “unauthorized absentee ballots,” which is a level 6 felony. If found guilty, she faces six months to 2.5 years behind bars and a fine of up to $10,000.

Reed has pleaded not guilty, but you might suppose that the New York Times, Washington Post, or the three main TV networks would at least carry the story as a cautionary tale. You’d suppose wrong.

Reed’s crime is admittedly small potatoes, though symptomatic of a much larger problem. This was brought home recently by another report that revealed that Nevada had sent more than 200,000 mail-in primary ballots to the wrong addresses. This, too, was largely ignored by the media.

Polling question that needs to be asked: Can you cast a vote for Joe Biden without holding your nose?
Next Post
Democrats not letting COVID crisis go to waste