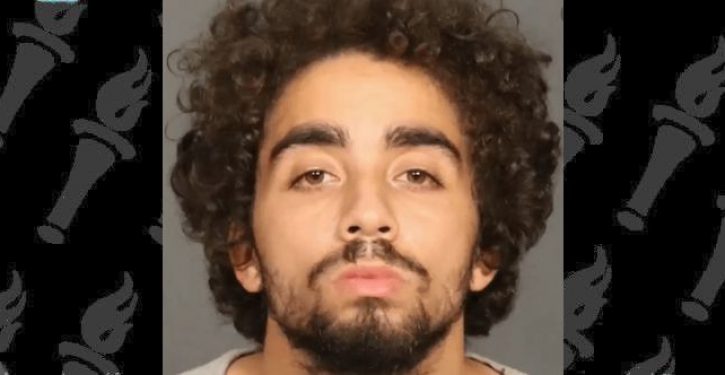 A the time, it seemed like the height of depravity. In 2015, during the uprisings in Baltimore over the death in police custody of Freddie Gray, one of the rioters punctured a fire hose, preventing fire fighters from combating a blaze set by his fellow protesters that ended up gutting a CVS store. The man responsible, 22-year-old Gregory Butler Jr, was ordered to pay $1 million and sentenced by a federal judge to 250 hours of community service and three years of supervised release.

But that crime was comparative chicken feed compared with some of the insanity that has taken place in our nation’s cities in the wake of George Floyd’s death. In one especially depraved act, “protesters intentionally set a fire to an occupied building,” according to then-Richmond, Va. Police Chief Will Smith, who added, “They prohibited us from getting on scene. We had to force our way to make a clear path for the fire department.”

The NYPD arrested a man they say cut the brake line to at least one police van parked on a street in Brooklyn.

Video of the man sabotaging the vehicle shows the suspect underneath the van in Sunset Park along 4th Avenue and 42nd Street. Police spotted the man before they got into the van and found a pair of scissors on him.

A senior police official says a mechanic confirmed the brake line damage that would have prevented the van from coming to a stop.

Grainy surveillance video of the crime can be found in this news broadcast beginning at 0:13.

The suspect, 24-year-old Jeremy Trapp, has been charged with reckless endangerment and criminal mischief, which strikes me as insufficient since his goal was to murder police officers.