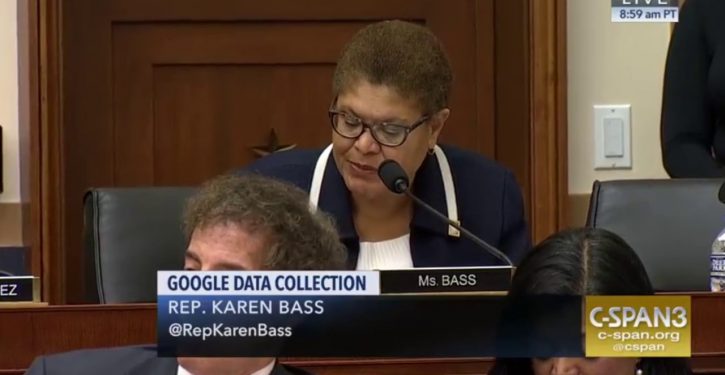 Rep. Karen Bass, a top contender to be former Vice President Joe Biden’s running mate, responded Saturday to a Daily Caller News Foundation report showing that she praised the Church of Scientology while she was a member of the California state assembly. (RELATED: Veepstakes contender: Sure, I hung out in Cuba with a radical Castro front group in the 70’s)

“Ten years ago, I attended a new building opening in my district and spoke to what I think all of us believe in — respect for one another’s views, to treat all people with respect, and to fight against oppression wherever we find it,” Bass said in a statement issued on Twitter.

“I found an area of agreement in their beliefs — where all people, of whatever race, color, or creed are created with equal rights, which is what my remarks were about,” she continued.

The DCNF reported on Friday that Bass touted the Church of Scientology at the opening of one of the controversial church’s buildings in Los Angeles on April 24, 2010.

“This day and this new Church of Scientology is an exciting moment because I know your goal and your commitment is truly to make a difference,” Bass said at the event, which was led by Scientology president David Miscavige.

“The Church of Scientology I know has made a difference, because your creed is a universal creed and one that speaks to all people everywhere,” continued Bass, who as the time served in the California assembly.

Bass’s office declined comment when contacted on Friday by the DCNF, but a wave of criticism over her pro-Scientology remarks seemingly prompted a response Saturday morning.

Just so you all know, I proudly worship at First New Christian Fellowship Baptist Church in South LA. pic.twitter.com/1sEpF5KpRF

Bass asserted that views about the Church of Scientology have changed in the 10 years since she touted the organization.

She said that “published first-hand accounts in books, interviews and documentaries have exposed this group” since she appeared at the Los Angeles event. “Everyone is now aware of the allegations against Scientology.”

While Scientology and Miscavige, the church president, have come under increased scrutiny in recent years, the church has long faced allegations that it mistreats its members and operates as a cult.

The New York Times noted in a story in 2000 that Scientology has been dogged since its founding in 1954 by allegations that it functions as a “moneymaking cult.”

The German government proposed in 2007 to ban the Church of Scientology over its “cult-like” activities, the BBC reported at the time. Former Scientologists, including several celebrities, have accused the church of forcing members to disassociate themselves from non-Scientologists. ABC’s “Nightline” ran an exposé on the organization in 2009.

Bass is said to be one of three or four candidates in the running to join the Biden ticket. Prominent California Democrats, including House Speaker Nancy Pelosi, have reportedly urged Biden to put her on the Democratic ticket. California Sen. Kamala Harris and former National Security Adviser Susan Rice are also reportedly under consideration to join the ticket. 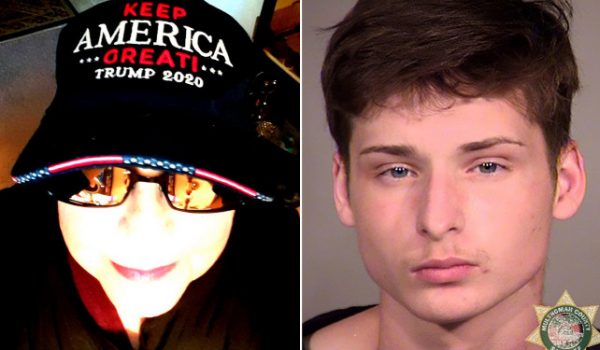 Trump-loving grandma outs Portland ‘bomber’ to feds — and it’s her own grandson
Next Post
Cartoon of the Day: Moms on the frontline 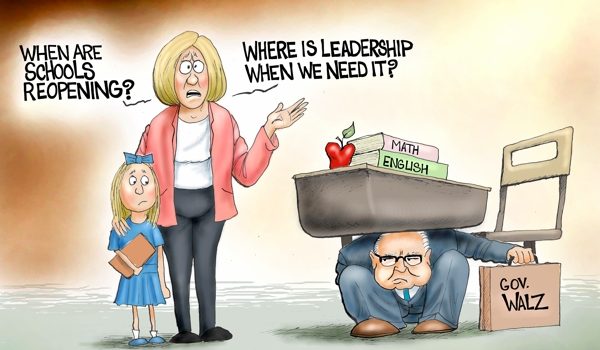