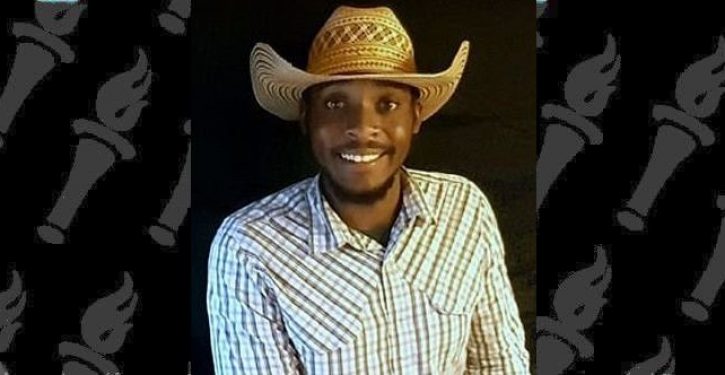 A videographer was stabbed after confronting a man who he claims was following him while he covered the protests in Portland, Ore., The Oregonian reported.

Andrew Duncomb, 25, works under the name “Black Rebel” and was documenting the protests in Portland when he noticed a man was following the group he was with around 2:30 a.m. on Saturday. Duncomb passed his camera off to a friend before putting his arm around the man’s shoulder and asking him why he was following the group. The man did not verbally respond but stabbed Dumcomb in the back just missing his spinal cord.

“I was stabbed for being a conservative journalist,” Duncomb told the Oregonian. “My main goal was to show that it wasn’t just the feds creating the problems.”

A videographer (also named Andy) was attacked by a mob of antifa militants in Portland. He had to sprint to the central @PortlandPolice precinct & shout for help. This is the exact same area I was beaten last June. pic.twitter.com/p277Ziy0w3

Duncomb is a supporter of President Donald Trump, and he traveled from northern California to document the protests. He was released from the OHSU hospital on Sunday.

“The adrenaline just soared through me,” Duncomb said. “I had a can of bear, mace, and a knife on me, too. But I didn’t want to endanger innocent bystanders.”

Blake David Hampe, 43, was arrested and told police Dumcomb “set up” and attempted to choke him, according to a probable cause affidavit. (RELATED: Journalists And Legal Observers Exempt From Arrest, Force In Portland, Federal Judge Rules)

Hampe is being held on a bond of $250,000 and faces charges of second-degree assault, unlawful use of a weapon, and a Measure 11 crime. Measure 11 is an Oregon initiative that sets a minimum mandatory sentence for “serious crimes,” according to Multnomah County’s official website.

“I wasn’t meant to die. It wasn’t my time to go,” Duncomb said. “I’m not going to let them intimidate me for going back out.”

Thousands of protesters have met at the federal courthouse in Portland and some demonstrations have been declared unlawful assemblies after reported vandalism, fires, and assaults directed toward police officers.

Nationwide protests have persisted since Floyd died in May after a Minneapolis police officer knelt on his neck for nearly nine minutes.

With VP pick, will Biden push or pause his party?
Next Post
Report: Brennan book confirms CIA blocked his access to classified material under Trump order