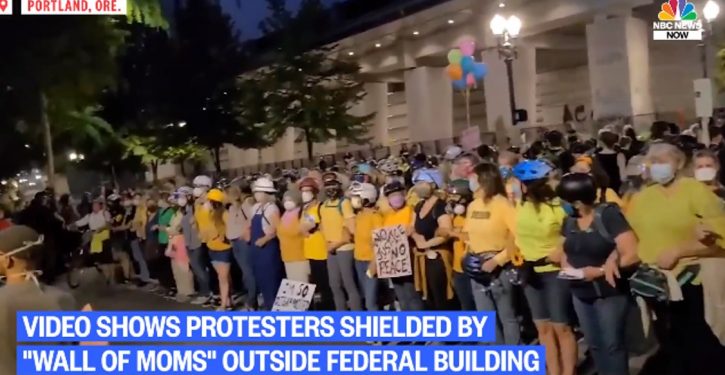 For some reason, the radical Left seems to think this, which was perpetrated Sunday night, will spark widespread sympathy for the nightly series of orchestrated, professional armed attacks that are systematically destroying Portland’s downtown, including the federal courthouse.

The attacks are the long-running project of “black bloc” groups operating in Portland, which prominently include Antifa and Black Lives Matter.  The black bloc has been active in Portland for several years, making life hell for small business owners, workers, and residents of the city’s once-pleasant downtown.  For the most part, the black bloc’s nihilist political campaign has had the tacit support of Mayor Ted Wheeler and the governor of Oregon, Kate Brown.  Wheeler, with the backing of his city council, has limited the police in responding to the onslaught.  In the current situation, he has basically allowed the organized mob to run rampant for more than 50 nights now.

Absurdly, the mainstream media continue to trumpet the canard that these destructive forays are related to the killing of George Floyd in Minneapolis.  They are, of course, no such thing.  Both Antifa and BLM are avowedly Marxist groups – “trained Marxists,” in the wording of BLM founder Patrisse Cullors – and their project is to overthrow the duly elected governmental structure of the United States.

Their local partners include BLM organizers linked with “indigenous” rights groups, whose goal is also to “abolish America.”  That’s not a “George Floyd,” reform the police agenda.  It’s sedition.

When the radicals tell you they want to destroy America…believe them. https://t.co/eKYKCIpSQk

In service of this goal, the groups repeatedly attack law enforcement officers and property, doing millions of dollars of damage to downtown businesses and public buildings and spaces.  They have also on numerous occasions attacked innocent citizens just trying to get through their assaultive “demonstrations” from Point A to Point B.

The black bloc radicals aren’t there to negotiate lists of demands (and certainly not constructive proposals).  They’re there to destabilize, injure (and here, and here), and demoralize the people of Portland, until all trust in the governments and due process of law has been erased.  That’s their goal.  It has been from the beginning.

So Americans aren’t buying the media hype that these are well-meaning activists committed to making their community better.  The radicals themselves don’t indulge in such hype.  That’s not what they say about themselves, and there is no reason to believe the false narrative.

The narrative is not getting traction.  The media do still own the conventional tron-and-ink flow, for the most part, and can monopolize the game of narrative-flogging.  So they’re presenting us with a “wall of moms,” a young woman looking fragile and “vulnerable” as she poses in the nude before federal police officers, and whatever photos they can get from the 10 or so minutes the nightly mob may spend holding up “George Floyd” signs.

But it isn’t possible to deceive the public that the Portland police force, which retreats before each assault, is causing the mob any undue inconvenience – or that the mob has any reason at all to smash in the doors of the federal courthouse and keep trying to get into it to commit more destruction – or that any of this is the necessary exercise by an aggrieved public of “First Amendment rights.”

This is just crime, organized into a vicious campaign to destroy a community from within.

That’s why bringing in federal officers to stop what manifestly needs stopping, at least where federal property and federal law are concerned, looks to the American people not like an outrage but like a welcome relief.

No one wants to see women being tear-gassed.  But the remedy for being tear-gassed is simple: do not descend on the federal courthouse, tear down the new security fencing erected around it, and link arms “as moms” to protect vandals trying once again to smash their way into the building and perpetrate more mayhem.

That’s the easiest thing in the world to not do, particularly when there is not one single reason to do it.  Americans aren’t stupid.  Women who purport to be acting “as moms” in this manner forfeit all claim to special respect.  They might as well be surrounding cartel murderers so the bloodthirsty demons behind them can carve people up and torch them alive.  The women claiming the moral mantle of “moms” are the ones who should be ashamed of themselves.

It’s not President Trump whom the deployment of federal officers will backfire against.  Trump’s senior officials are acting very carefully, confining themselves to the protection of federal property and the execution of federal law.  They’re not encroaching on the jurisdiction of Oregon or the city of Portland; if Portland insists on letting the black bloc harass its citizens at a safe distance from federal property, the deployed feds evidently aren’t there to interfere – except to identify and charge those who’ve violated federal law by crossing state lines to riot, and organizing and inciting violence across state lines.

The federal officers are under no obligation to accord tactical advantages to the black bloc, which continues to attack like a well organized militant group armed with potentially lethal weapons.  The feds do wear identifying insignia, but they don’t retreat under assault, and they don’t reveal more about their identity, movements, and intentions than is advisable given the threat they face.  Those measures, in the circumstances, are fair and prudent.

Americans understand that easily, for the most part.  Americans can tell the difference between a crowd rallying for George Floyd, on the one hand, and mobs attacking police and infrastructure on the other, leaving block after block of Portland boarded up and covered in glass fragments, charred ruins, and graffiti – especially after a years-long preexisting campaign of the latter by the black bloc.

The media and the organized, militant radicals are the ones being exposed here for what they are, along with compliant Democratic officials.  People blinded by their own deranged hatred of Donald Trump are in for a big surprise in that regard. 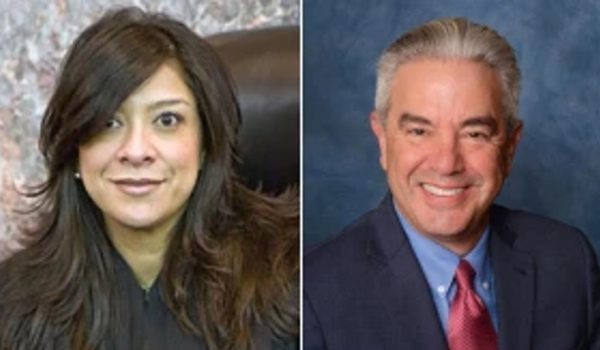 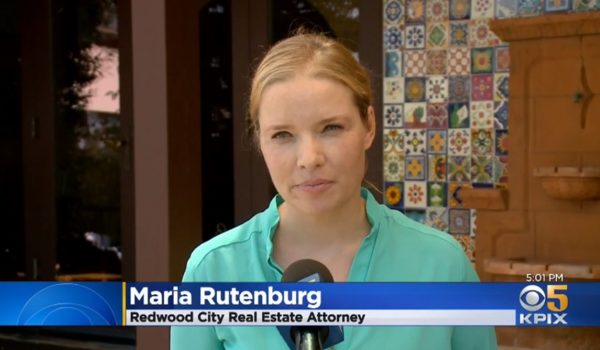