The reason is that people on the left often view libertarians as evil, just as they view conservatives as evil.

Conservatives are happier to make alliances with libertarians because they view libertarians (and moderate Democrats) as naive, rather than evil. Conservatives have often listened to classical liberals who sought to influence them. Germany’s conservatives, the Christian Democrats, originally had a quasi-socialist platform after World War II, when socialism enjoyed great prestige due to the Soviet victory over Germany. But the social conservatives were persuaded to adopt pro-market policies by classical liberals such as Ludwig Erhard, the architect of West Germany’s economic miracle. The libertarian economist Milton Friedman convinced Republicans to end the draft during the Nixon Administration. He also convinced Chile’s dictator to adopt free-market policies, leading to the Chilean economic miracle.

By contrast, progressives view people significantly more conservative than them as evil. And they view libertarians as more conservative due to libertarians’ fiscal conservatism and free-market orientation. When the libertarian businessman Charles Koch said in 2016 that it was “possible” he might support Hillary Clinton due to his dislike for Donald Trump, she denounced him. She said didn’t want his support and was “not interested in endorsements” from the Koch brothers. She didn’t want to ally with a libertarian, even if it would help her get elected.

Republicans are much more willing to hire non-conservatives (such as Democrats and libertarians) than Democrats are to hire non-liberals (such as Republicans or libertarians). This explains O’Sullivan’s law, which is the process by which “all organizations that are not actually right-wing will over time become left-wing.” For example, publications like the New York Times and New York Magazine that were once center-left are currently driving out or getting rid of centrist columnists for being “too conservative,” even when those columnists (like Andrew Sullivan and Bari Weiss) are anti-Trump and tend to vote for the Democrats.

The reason for this is the different way people view those to their left and right. Conservatives often view progressives as naive. Progressives tend to view conservatives as evil. It is easy to work and get along with someone you view as naive. It is much harder to work with someone you view as evil. So people are more willing to hire people to their left, rather than their right. Over time, mainstream media organs become so liberal, that not even a centrist journalist can work there.

O’Sullivan’s Law also explains why publications that were once pro-free-market, like The Economist, have become left-leaning and progressive over time. The people who used to run The Economist, many of whom had libertarian sympathies, hired people mildly to their left: liberal-tarians who sympathized with progressives. Those liberal-tarians in turn hired people even further to the left: outright progressives. Eventually, notes the libertarian law professor David Bernstein, The Economist ended up almost as progressive as The Huffington Post, albeit with a “more erudite” quality.

Libertarians often pride themselves on being “neither left nor right.” In reality, most libertarians actually do lean either to the left or the right. The ones further right — who often vote Republican — view those to their left as naive. The ones further left — who often vote for the Democrats — view those to their right as morally defective, complaining that they are racist, lack compassion for others, or don’t care enough about minority rights. I can say this having once worked at a libertarian think-tank for 13 years.

Libertarianism’s left flank — the liberal-tarians — are less likely than they used to be to cite the scholarship or research of right-leaning libertarians, who they sometimes deride as “odious right fusionists.” By contrast, right-leaning libertarians tend to cite liberal-tarians’ research when it is relevant to the topic they are writing about, as I discussed in a separate blog post.

Another classic example is the letter to the editor one periodically sees in newspapers. Such letters begin with the words “as a lifelong Republican” and are then followed by advocacy of bigger government and support for left-wing political correctness. Progressive newspaper editors love to print these letters because deep down they believe that the only good Republican is a progressive who votes for the Democrats.

The Urban Dictionary argues that while conservatives are willing to hire people somewhat to their left, “Left-wingers, utterly intolerant, will not allow a non-Liberal near them, and will harass them at every opportunity. The result over time is that conservative enterprises are infiltrated by leftists but leftist enterprises remain the same or get worse.” 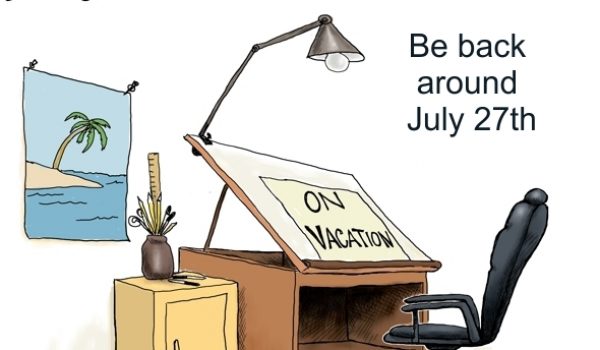 Cartoon of the Day: Gone fishing
Next Post
Elizabeth Warren to black man: ‘Your life depends’ on Biden winning in 2020