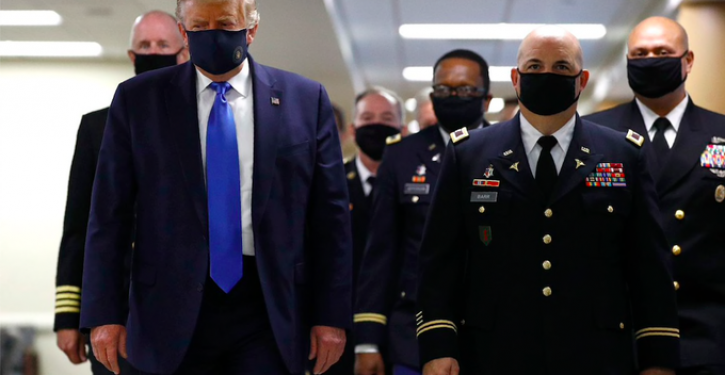 President Trump wore a mask today while visiting wounded troops at Walter Reed Medical Center. Masks save lives by preventing the spread of COVID-19. Coronavirus cases are rising again in the U.S.

Two weeks ago, Sen. Marco Rubio (R-Fla.) said “everyone” should wear a mask to prevent the spread of COVID-19. Wearing a mask is the most effective way to stop person-to-person spread, according to a study released in June. A team of researchers in Texas and California compared infection rates in Italy and New York both before and after face masks were made mandatory. Both locations started to see infection rates flatten only after mandatory face mask measures were put in place, according to that study, which was published in the Proceedings of the National Academy of Sciences. Researchers estimated that wearing face masks prevented over 78,000 infections in Italy between April 6 and May 9, and over 66,000 infections in New York City between April 17 and May 9.

Former California governors Pete Wilson (R), Arnold Schwarzenegger (R), and Gray Davis (D) told Californians to wear masks in a June public service announcement. They disagree with each other on political issues, but they all agree people should wear masks, because that obviously reduces the spread of COVID-19.

In East Asia and the Czech Republic, mask-wearing enormously reduced the spread of coronavirus. Mask-wearing is a key reason why the virus spread less there than in the United States. As the New York Times reported, “Places like Hong Kong and Taiwan that jumped to action early with social distancing and universal mask wearing have gotten their cases under much greater control.”

As Science Magazine notes, “Health authorities in parts of Asia have encouraged all citizens to wear masks in public to prevent the spread of the virus, regardless of whether they have symptoms.” As a result, those countries were much more effective than the U.S. in curbing the spread of COVID-19. 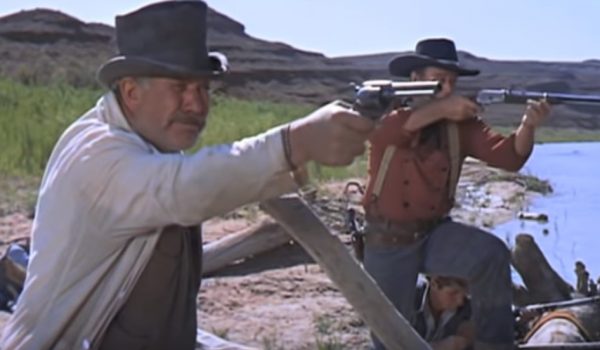