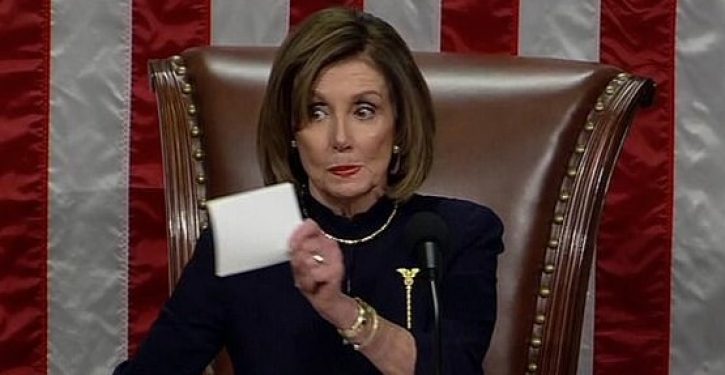 Was there any doubt how Speaker Nancy Pelosi would react to the news that the president had commuted the sentence of longtime adviser Roger Stone?

Pelosi appeared within minutes, it seems, on CNN, bill proposal in hand. “I’m recommending that we pass a law that presidents cannot issue a pardon if the crime that the person is in jail for is one that is caused by protecting the President, which this was,” she told host Anderson Cooper.

House Speaker Nancy Pelosi on Trump commuting Roger Stone’s sentence: “I’m recommending that we pass a law that presidents cannot issue a pardon if the crime that the person is in jail for is one that is caused by protecting the President, which this was” https://t.co/ZzhLshSw7I pic.twitter.com/WCwCM5Xvq2

A good name for the law would be the “Nancy Pelosi Vents Her Frustration on Donald Trump Law Number 3,946.” (The number indicated is an approximation, which can amended when the exact figure is determined.)

Stone, it is worth remembering, wasn’t convicted of anything that would have happened outside of Robert Mueller’s investigation of Russian collusion, which proved to be a hoax, but Pelosi isn’t concerned with particulars. Regarding which, it’s also worth recalling that among Obama’s record-setting 1,927 pardons, sentence commutations, and rescissions of convictions was his commutation of the 35-year sentence received by Chelsea Manning for providing classified documents to WikiLeaks. That doesn’t fit squarely within Pelosi’s narrow definition of a “Trumpian” crime, but it is at least as serious any reckoning. Yet, the Speaker was totally unfazed by Obama’s announcement regarding Manning. 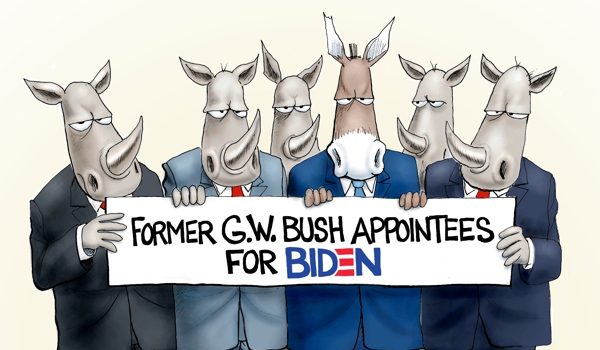 Cartoon of the Day: Bush league
Next Post
And now for Joe Biden’s greatest feat of plagiarism yet; drum roll, please