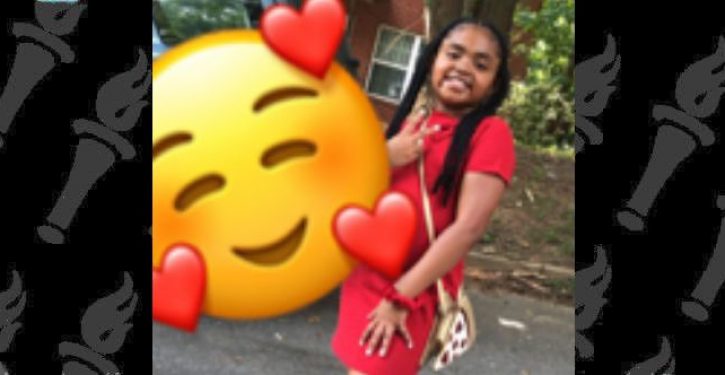 Rayshard Brooks’s death is no longer the only one that Atlantans will associate with the pile of singed rubble that was once a Wendy’s restaurant. Another shooting death occurred near that site on Saturday. This time, the victim — 8-year-old Secoriea Turner — was not felled by a police bullet while fleeing. Instead she was killed by Black Lives Matter protesters who blocked, and then opened fire on, the car she was a passenger in. (RELATED: Complete body cam video reveals police being respectful toward Rayshard Brooks)

According to Atlanta station WSB:

Police said Turner was riding in a car with her mother and her mother’s friend when they exited the interstate at University Avenue. The driver tried to turn into the parking lot at 1238 Pryor Road when he was confronted by an “group of armed individuals” who had blocked the entrance.

“At some point, someone in that group opened fire on the vehicle, striking it multiple times and striking the child who was inside. The driver then drove to Atlanta Medical Center for help,” police said in a statement.

Police said the 911 caller told them they were heading to Atlanta Medical Center with the victim. The child died at the hospital.

The shooting came as a wake-up call to Atlanta Mayor Keisha Lance Bottoms, who has boasted that Atlanta is “ahead of the curve” on “reallocating funds” earmarked for police. “You cant blame this on a police officer. You can’t say this about criminal justice reform,” she said. “This is about some people carrying some weapons who shot up a car with an 8-year-old baby in the car for what?!? Enough is enough.”

This incident is not the first in recent weeks in which a young child was killed in a city that has cut back on police funding. Last week, six children in Chicago were killed in non-police-related shootings. The city’s mayor, Lori Lightfoot, still seems not to get it, tweeting out on July 4:

Tonight, a 7-year-old girl in Austin joined a list of teenagers and children whose hopes and dreams were ended by the barrel of a gun.

Respectfully Mayor Lightfoot, it’s never the ‘end of a gun barrel’ that kills innocent lives, but rather, it’s your perspective that’s the real problem. It’s your turn in the Mayor’s office to make a profound change. When will you decide to make it? People are dying to see it.

The ultimate reason why there’s no there there in the ‘Russian bounties’ narrative
Next Post
Cartoon of the Day: Minnesota fireworks 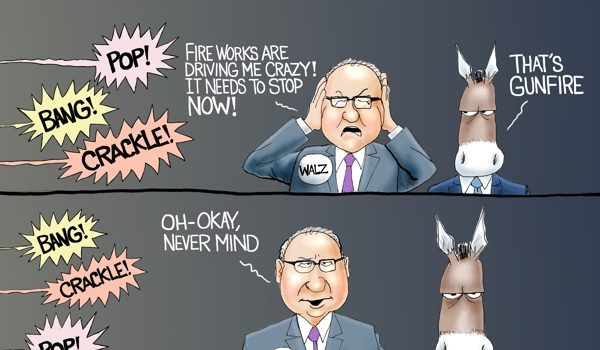