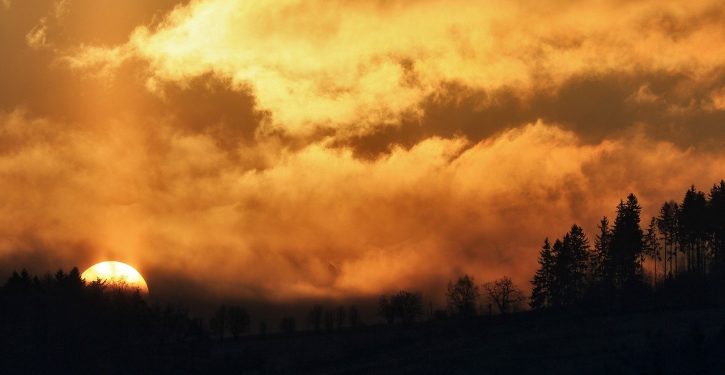 On this 244th anniversary of Independence Day, there is malaise across the “land of the free and the home of the brave.” Those who follow politics know that “malaise” is the word used to describe Jimmy Carter’s “crisis of confidence” speech given on July 15, 1979.

“I want to talk to you right now about a fundamental threat to American democracy,” President Carter said that evening. “I do not mean our political and civil liberties. They will endure. And I do not refer to the outward strength of America, a nation that is at peace tonight everywhere in the world, with unmatched economic power and military might.

“The threat is nearly invisible in ordinary ways,” Carter continued. “It is a crisis of confidence. It is a crisis that strikes at the very heart and soul and spirit of our national will. ….

“The erosion of our confidence in the future is threatening to destroy the social and the political fabric of America. The confidence that we have always had as a people is not simply some romantic dream or a proverb in a dusty book that we read just on the Fourth of July.”

This July 4, our nation is experiencing something too extreme to be described as a mere “crisis of confidence.” Fueled by an unstoppable pandemic, an economy teetering on the edge of depression, and severe unemployment, malaise today fills our newspaper and our days with political, cultural, religious, judicial, and racial strife.

Today, there is division and discouragement hovering over our great land. Where I live, the beaches are closed and Fourth of July parades and fireworks have been canceled — in America! That’s unimaginable! While the closures are for protective health reasons, the symbolism damages national pride.

Damaged pride is also reflected in the country’s traditional “right direction/wrong track” polling question. As of this writing, the RealClear Politics poll average shows 68.1% of either registered or likely voters believe that the nation is on the wrong track. Only 23.8% agree with the right direction. This -44.3 percentage point spread is a record for President Trump’s time in office. His previous gap was -34.9 on Oct. 11, 2017.

A tip of Uncle Sam’s top hat to that almost one-quarter of Americans who answer “right direction.” What do they see or know that the overwhelming majority does not? Is it our history — how we have always emerged stronger after difficult times? Is it a belief that if Trump is reelected, he will rekindle “morning in America”? Furthermore, can Trump dissipate the malaise? Can any leader of either party, now or in the future? Is national optimism dead? Pew Research Center’s new poll offers some insight.

The antidote 40 years ago arrived in the person of Ronald Reagan, who ended Jimmy Carter’s presidency by offering a countervailing vision of America. As president, he continued to embrace and embody sunny American optimism. On the occasion of his first Independence Day in the White House, Reagan penned an essay about what the occasion meant to him. Initially written in his own hand just three months after he’d been severely wounded in an assassination attempt, it was published in Parade magazine. Its words hold up well four decades later, and are needed now more than ever. Here is an excerpt:

For one who was born and grew up in the small towns of the Midwest, there is a special kind of nostalgia about the Fourth of July.

I remember it as a day almost as long-anticipated as Christmas. This was helped along by the appearance in store windows of all kinds of fireworks and colorful posters advertising them with vivid pictures. …

But enough of nostalgia. Somewhere in our growing up we began to be aware of the meaning of the day, and with that awareness came the birth of patriotism. July Fourth is the birthday of our nation. I believed as a boy, and believe even more today, that it is the birthday of the greatest nation on earth. …

[Our Founders] sired a nation that grew from sea to shining sea. Five million farms, quiet villages, cities that never sleep, 3 million square miles of forest, field, mountain and desert, 227 million people with a pedigree that includes the bloodlines of all the world.

In recent years, however, I’ve come to think of that day as more than just the birthday of a nation. It also commemorates the only true philosophical revolution in all history.

Oh, there have been revolutions before and since ours. But those revolutions simply exchanged one set of rules for another. Ours was a revolution that changed the very concept of government.

Let the Fourth of July always be a reminder that here in this land, for the first time, it was decided that man is born with certain God-given rights; that government is only a convenience created and managed by the people, with no powers of its own except those voluntarily granted to it by the people.

We sometimes forget that great truth, and we never should.

“That great truth” is why we celebrate this day, the uniqueness written in the Declaration of Independence:

We hold these truths to be self-evident, that all men are created equal, that they are endowed by their Creator with certain unalienable Rights, that among these are Life, Liberty and the pursuit of Happiness.

No nation had ever been birthed with rights “endowed” by God — as opposed to a king or an equally powerful human. That was revolutionary! As Reagan wrote, “the only true philosophical revolution in all history.”

Most significant, the concept was blessed by God. If not, how could ragtag militias of under-equipped patriots have managed to defeat what was then the greatest military power on earth? The American triumph was no coincidence.

Thus, however flawed our nation always was and is — a viewpoint held by many citizens, the opposing party, and most of the media — the United States of America was created by the grace of God. And we continue, “In God We Trust” to exist and lead the world by that grace.

The Fourth of July is the perfect day for our president and all elected leaders to stand up and speak the truth — our nation is a direct result of God’s blessing, from where our government’s power and individual rights are derived, endowed, and sustained.

Perhaps if all Americans stand together and acknowledge that “great truth,” the malaise will miraculously fade, and our Creator will heal this nation.

Cartoon of the Day: Mount Surigaffe
Next Post
Here are 10 Virginia gun laws that took effect amid nationwide unrest