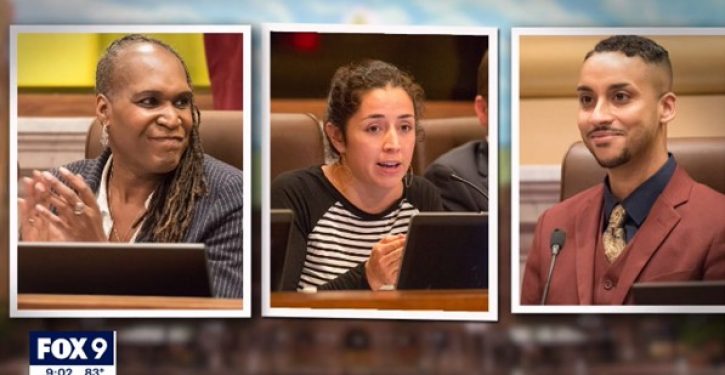 It appears everyone in a position of power in the city of Minneapolis is a hypocrite. The mayor, Jacob Frey, had no qualms about requesting federal funds to rebuild the community after he personally ordered police to stand down while rioters and looters transformed the city onto something resembling a war zone.

Now it’s the city council’s turn. On June 12, the council unanimously voted to abolish the city’s police department, replacing it with “a community-led public safety system.” Minneapolis, mind you, has one of the highest crime rates in the nation.

Fast forward to yesterday, and to reports that three council members – Andrea Jenkins, Phillipe Cunningham, and Alondra Cano – all received threats on their lives. And what was the council’s response? To hire security details to guard the three members!

According to Fox News affiliate KMSP, the city is shelling out $4,500 a day for private security for Jenkins, Cunningham, and Cano. A spokesperson for the city said the security details have cost taxpayers $63,000 over the past three weeks.

“I don’t feel comfortable publicly discussing the death threats against me or the level of security I currently have protecting me from those threats,” is quoted as having said Cunningham in a text message.

The council has yet to answer questions about how its 425,000 residents who are not members of the city council are supposed to protect themselves under similar circumstances, especially in light of the considerable expense of hiring private security guards. 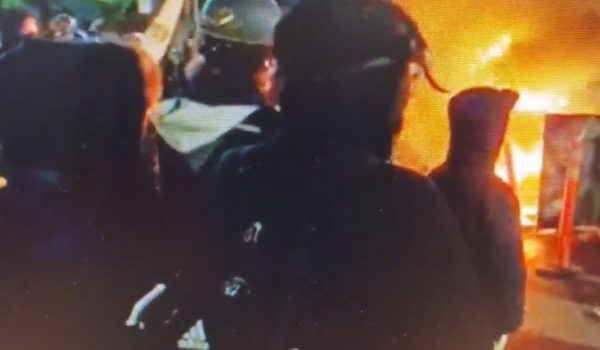 Antifa attacks Portland police precinct, sets it on fire
Next Post
Diehard Trump supporters continue to ignore the polls. Should they?