How much latitude do “protesters” deserve as we begin month two of the radical Left’s attempt to transform America by force? You’d think by now they would have worked some of the rage out of their systems, but no dice. The Left knows a good thing when they see it. And as long as liberal-run cities continue instructing the police to stand down, expect to see more unconscionable episodes like the one that played out recently in Fredericksburg, Va.

A woman was driving home from the downtown area of the city with her young daughter in tow when her car was blocked by a menacing mob of as many as twenty people. The frightened woman phoned 911 to report the situation.

In the audio of the call, which follows, the woman is told that the demonstrations are “sanctioned” by the city and that the officers deployed to keep the hordes peaceful can’t vacate their post to assist her.

The experience this woman endured was straight-up terrorism. There is no other word for it. And the 911 dispatcher’s detached behavior was inexcusable. The woman, Tara Durant, feared for her and her daughter’s life. And the best the dispatcher could do was tell her in essence “it’s not my problem.”

Since the incident occurred, the Fredericksburg Police Department has posted a video presumably intended to calm Durant and other fearful residents. But the message, which follows, is no more reassuring than the dispatcher’s. The spokeswoman, Sarah Kirkpatrick, reveals that during Durant’s call, the 911 “Communications Officer notified officers staged nearby of [sic] the situation” and that “when officers arrived at the demonstration, the caller had vacated the area.” But the “Communications Officer” never mentioned this to the person it would have helped most — Durant — instead telling her to take it up with city hall.

Besides, the city’s overall handling of the demonstrations has been, and continues to be, unacceptable. According to Fredericksburg.com, the city’s mayor, Mary Katherine Greenlaw, has issued an apology — but not to Durant. Instead, she has apologized to the protesters for their mistreatment by police.

The protest on June 13th was authorized by the City Government and monitored by the Police Department. Officers were staged one block from the demonstrations to divert traffic while protesters exercised their First Amendment rights. Unfortunately, protesters did not advise police where they would march, and some vehicles were not able to be diverted.

When officers arrived at the demonstration, the caller had vacated the area. A Patrol Division Sergeant followed up with the caller by phone the following day and began his investigation. Public safety for everyone is the number one priority of the Police Department and the Sergeant exhausted all available resources to identify the suspect who jumped on her vehicle. His investigation continues.

The Fredericksburg Police Department will continue to monitor the protests to ensure the safety of all. For more questions about City authorized events or to express concerns, contact the City Manager’s office at 540-372-1010. 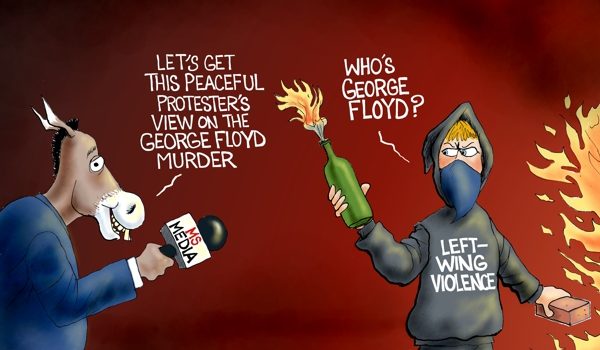