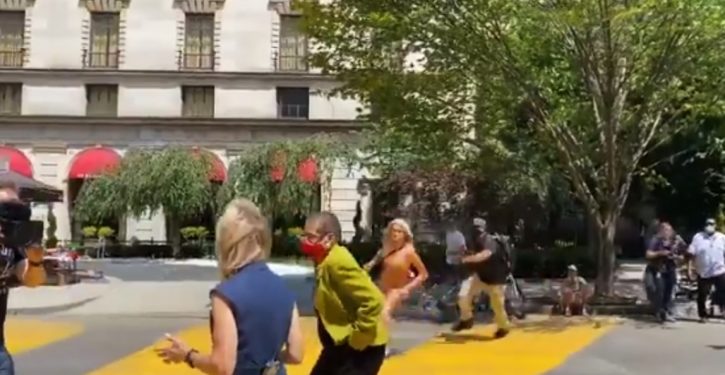 Representative Eleanor Holmes Norton (D-D.C.), who has served in Congress since 1991, was being interviewed on Tuesday by Andrea Mitchell of MSNBC on N.W. 16th Street in D.C. when a “protester” clad in pink lingerie came charging towards her.  A couple of men standing nearby jumped in quickly to intercept the marauder (who seems to be a “trans” individual).

Rep. Norton, who seems pretty spry for 83, reacted by asking, “Where’s the police when you need them?”

Where, indeed?  Norton and Mitchell were near the site of the short-lived BHAZ — “Black House Autonomous Zone” — which agitators had tried to set up on Monday at the edge of Lafayette Square.  The police were probably in or near that area continuing to keep a lid on the raucous activity there.