Don’t you just love instant gratification? It was a mere week ago that NYPD Commissioner Dermot Shea announced that he was disbanding New York City’s plainclothes anti-crime unit, the group that had been responsible for the city’s controversial stop-and-frisk program. Shea made it clear that he was disbanding the unit in reaction to the calls to defund and disband the entire police force, adding that the move was risky in light of the “storm on the horizon” in rising major crimes.

So how is the move working out? According to the New York Post, “shootings are surging … with 28 incidents and 38 victims reported. The previous week there were a total of 12 shootings.

Guess, moreover, where the shootings occurred. “[T]he most recent,” the Post notes, occurred last Friday in East New York, a predominantly black section of Brooklyn. The victims were a 27-year-old man who died of multiple gunshot wounds and a 17-year-old boy who is in stable condition.

Another murder occurred in the Morrisania section of the Bronx, which is 38.4% black and 58.2% Hispanic.  A 34-year-old man was fatally wounded in the back and hip, and a second shooting victim was hospitalized.

A third shooting took place outside a party in Brooklyn’s predominantly black East Flatbush neighborhood early Wednesday. A popular 35-year-old DJ named Jomo Glasgow, a resident of Queens, was fatally shot in the torso. The victim managed to drag himself around the block before succumbing to his wounds.

The article quotes one officer responding to the needless deaths as saying:

This is what the politicians wanted — no bail, nobody in Rikers, cops not arresting anyone. All those things [sic] equal people walking around on the street with guns, shooting each other.

Over 56 shot by Sunday morning on Father’s Day weekend in Chicago
Next Post
Cartoon of the Day: Hide and seek 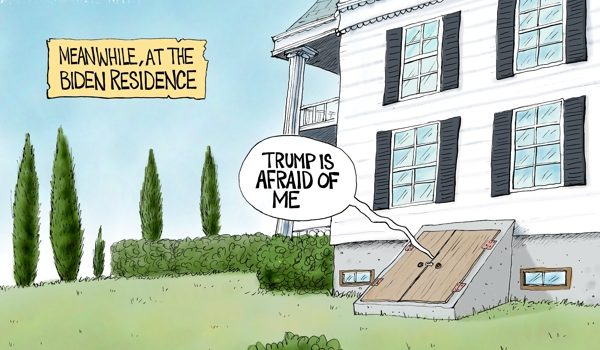