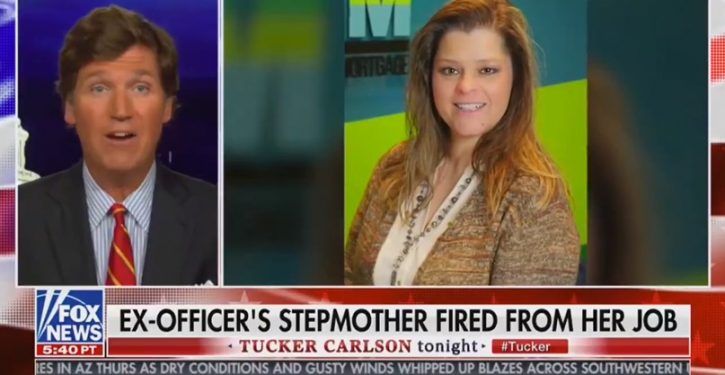 To paraphrase the immortal words of scholar Marc Lamont Hill, people are fired for all sorts of reasons. In the case of Melissa Rolfe, who was human resources director at  Equity Prime Mortgage in Atlanta up until recently, there could have been any of a number of causes for her dismissal. One possibility, which the company has denied so far, is not so much a function of what Rolfe did but of who she is: to wit, the stepmother of Garrett Rolfe, the former Atlanta police officer charged with the murder of Rayshard Brooks.

If this sounds a little crazy, it should. But it is no more crazy than anarchists threatening the families and homes of police officers, who — like Melissa Rolfe — had nothing to do with Brooks’s shooting. Yes, it’s come to that.

According to a source familiar with the matter who spoke to this program, Rolfe was promised that her job was safe, but today she was told, ‘We have to terminate our relationship with you’ No other explanation was offered. …

Carlson goes on to claim “it’s obvious what happened.” It’s not, though it is sounding increasingly as though the firing was bogus. When pressed for the reasons for Rolfe’s dismissal, the company initially claimed it was because of social media posts, though they offered no specifics. The company went on to release a statement on Twitter that was equally vague, touching on all the liberal buzzwords like diversity, equality, and inclusion.

EPM is dedicated to being an organization that strives for diversity and equality. We are guided by the 23 fundamentals of the EPM Way to be an advocate for financial empowerment in the communities we serve. pic.twitter.com/ag7wkZLl13

The following day, Equity Prime Mortgage took another pass at it on Twitter. This latest tweet made no mention of Rolfe’s social media posts, though it does hint at her “personal views.” Instead it read:

As an employer, it is imperative to maintain a safe environment for all employees. Melissa Rolfe’s termination was a direct result of her actions in the workplace and violation of company policy. While working with Melissa as she transitioned to a leave of absence granted by our organization, we discovered she violated company policy and created an uncomfortable working environment for many of our employees. As an HR director, she ultimately lost the confidence of her peers, leadership, and many employees who no longer felt comfortable engaging with her. We value diversity of thought and respect Melissa’s personal views and the views of all employees; however, when those create a hostile working environment, we must make difficult decisions to part ways.

Once again, the post is sorely lacking in specifics. 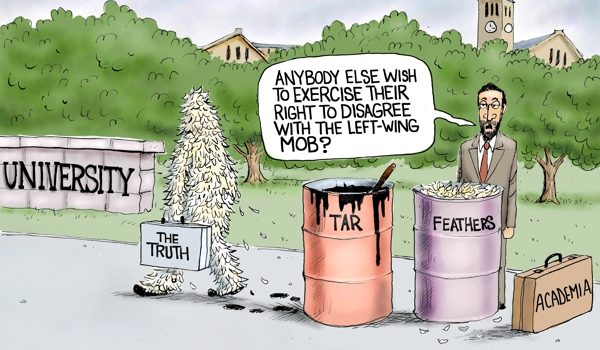