In the days since the first calls to defund and/or disband the police were voiced, the majority of Democrats have quietly stepped back from the radical idea. Democratic candidate Joe Biden offered up the half-baked strategy that police aim for a leg, but he refused to sign on with the “no police” movement.

One Democrat in Congress who has is Rep. Ilhan Omar (D-Minn.), who said she believes that even after the city council in Minneapolis dismantles the police department, the community will remain safe. She made the statement during an interview with Jake Tapper on CNN.

“What we are saying is the current infrastructure that exists as policing in our city should not exist anymore and we can’t go about creating a different process with the same infrastructure in place,” she added.

Despite a declaration that communities would remain “safe” without police officers, Omar declined to provide specifics on how that level of safety could be attained.

Tapper, naturally, failed to press her on that detail.

Rotten to the Root

In a bit of projection, Omar also accused the Minneapolis Police Department of being “rotten to the root.”

It should be noted that the police chief she is calling “suited for racism” is himself black, and rose through the ranks after suing the department for discrimination.

But, yeah, he’s perfectly content with racism now … or something.

Says Police Are a Cancer

Earlier this month, Minneapolis’s City Council members announced a veto-proof majority intended to abolish the department. On Friday, the council passed a resolution to start that process, though they, like Omar, gave no details on how to move forward.

The congresswoman supported the decision to dismantle the department, inciting a crowd of protesters a week ago by labeling the police a “cancer” on society.

“So today we are saying we don’t want your damned reforms, we don’t want the slow dying of our communities to continue,” Omar seethed. “What we want you to do is to cut the cancer so that it does not continue to spread throughout our bodies.”

What happens when the cancer of lawlessness enters the community? It looks like Minneapolis is going to find out soon enough. 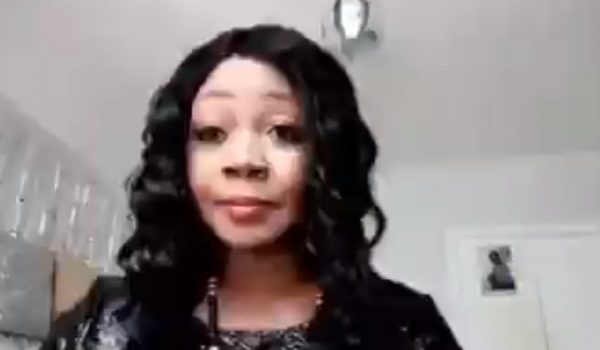 Activist championing statue removal doesn’t know who Winston Churchill was (is?)
Next Post
Cartoon of the Day: It takes a village 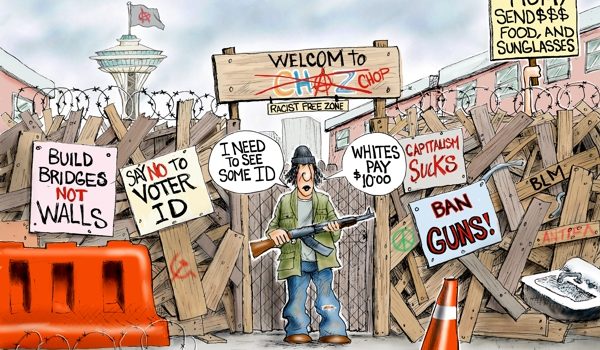