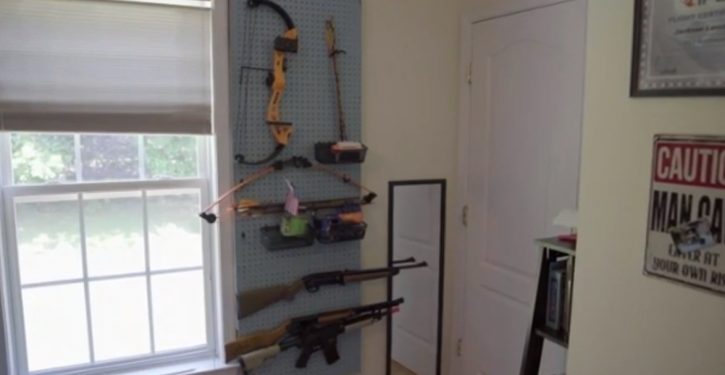 During the coronavirus lockdown, millions of parents across America have been helping their children keep up with lessons being done through remote learning.

The methods employed have met with varying levels of success.  It isn’t clear what schools will be doing in the fall; many districts are working on plans to continue remote learning with online classes, conducted via applications like Zoom and Google Meet.

Which means students who enjoy using things like BB guns and airsoft guns, and practicing archery, may want to rethink where they set up their devices for Internet connection – or maybe where they store their sporting equipment.

That’s what a family in Baltimore County, Maryland discovered, when police were sent to search their home.  The school called police because an 11-year-old Boy Scout has his equipment stored on wall mounts in his bedroom, and the items were visible behind him during a virtual classroom session with Seneca Elementary School.

His mother, Courtney Lancaster, is a Navy veteran and no stranger to guns herself.  Her son is working to become an Eagle Scout and has learned under supervision to shoot his BB gun, airsoft gun, and bow and arrow.

The police showed up, without prior warning from the school, on June 1, asking to search the premises for weapons.

According to Ms. Lancaster, she “was told someone had seen the guns in her son’s bedroom during a Google Meet class on his laptop … a screenshot was taken during the online class. The principal of Seneca Elementary was notified. Courtney says she was told the school safety officer then called police.”

Said Lancaster: “I felt violated as a parent, for my child, who’s standing there with police officers in his room, just to see the fear on his face.”

The police left after about 20 minutes, saying they found no violations.

Courtney Lancaster has been trying to get answers out of the school – e.g., on what policies drove this action and why no one contacted her before calling the police – but isn’t satisfied.  Her conclusion for now: “There’s no more trust. There have just been a series of lies and just no cooperation.”

As the Fox 45 report notes, “She says the principal initially compared bringing a weapon to a virtual class to bringing a gun to school.”

That later turned into a concern that “the weapon was not secured.”

A straight answer on what constitutes “being secured” for items that are not recognized in Maryland as weapons that require “securing” seems to be hard to come by.  Fox 45 says Lancaster “worries about the future of virtual learning without clear policies in place.” 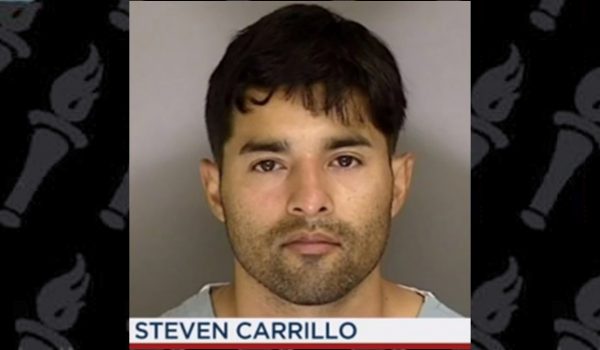 Accused killer of CA sheriff’s deputy also said involved in slaying of fed. officer in Oakland
Next Post
The military and public rhetoric: The times outrun the men