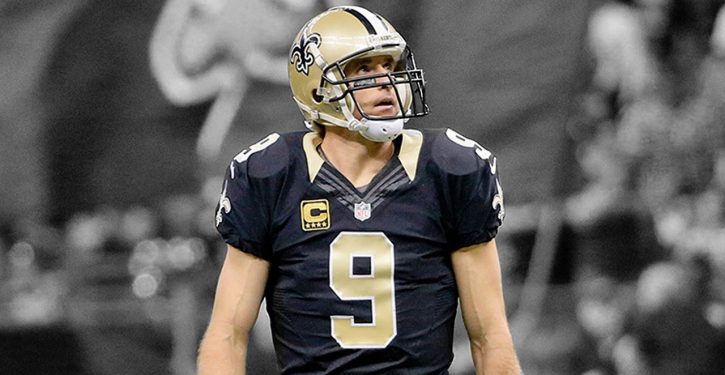 In 2007, ESPN reported via the Associated Press that New Orleans Saints quarterback Drew Brees had enrolled in the NFL Business Management and Entrepreneurial Program. Brees was quoted as having said, “I’m always looking for ways to better myself whether it is on the field or off the field.”

Right now Brees needs to find one of those ways because he has just “worsened” himself bigtime in the eyes of many NFL fans by caving to pressure from the Left.

It all began with an interview with Yahoo Finance Editor-at-Large Daniel Roberts last week in which the quarterback was asked about the likely prospect of players protesting the killing of George Floyd this coming season.

Brees replied, “There is a saying in every locker room I have been in. … Don’t just talk about it, be about it. Acknowledge the problem, and accept the fact that we all have a responsibility to make it better.”

But when asked whether he would kneel during the playing of the national anthem, Brees made it clear that was a bridge too far. “I will never agree with anybody disrespecting the flag of the United States of America,” he said, adding:

Let me just tell you what I see or what I feel when the national anthem is played and when I look at the flag of the United States. I envision my two grandfathers who fought for this country during WWII – one in the Army and one in the Marine Corps – both risking their lives to protect our country, and to try to make our country and this world a better place.

So, every time I stand with my hand over my heart looking at that flag and singing the national anthem, that’s what I think about. And in many cases, it brings me to tears thinking about all that has been sacrificed – and not just those in the military, but for that matter, those throughout the Civil Rights movements of the 60s, and all that has been endured by so many people up until this point.

Is everything right with our country right now? No, it’s not. We still have a long way to go. But I think what you do by standing there and showing respect to the flag with your hand over your heart is it shows unity. It shows that we are all in this together, we can all do better, and that we are all part of the solution.

In the view of this football fan, he could not have given a more heartfelt or compassionate answer to the question. But as we have seen repeatedly in the past two weeks, when it comes to protesting perceived racial injustices it’s the Left’s way or the highway. Brees was torn a new one not only by the media but by the liberal masses. That includes his own teammate, safety Malcolm Jenkins, who released this video:

“You’re somebody who I had a great deal of respect for, but sometimes, you should shut the f–k up.”

Two days after the interview, Brees published the following message on Instagram. It is curiously addressed to the president when in fact it’s intended for all Americans. In it, he not only forsakes his own obviously deep-seated beliefs but lies through his teeth, claiming:

This is not an issue about the American flag. It has never been. We can no longer use the flag to turn people away or distract them from the real issues that face our black communities.

On the contrary, as I suspect Brees knows, it is precisely about the flag and all it signifies. It is not the Stars and Stripes that turns people away. Rather, some Americans choose to turn away from it, out of anger and desperation, as if the more perfect union they seek can be found elsewhere. It can’t, and as far as I’m concerned Drew Brees ia a traitor, if not to his country then to his own cause. 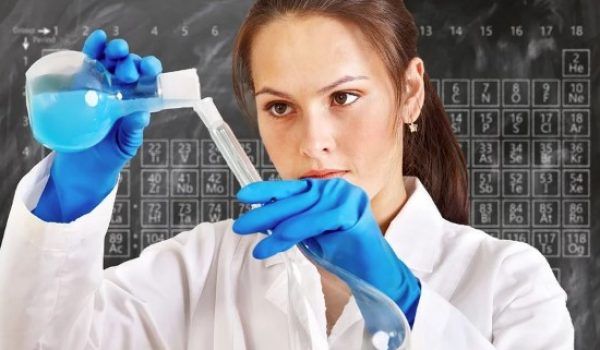 1,000 health professionals say don’t shut down protests using coronavirus as excuse
Next Post
Protester in NYC threatens to burn down diamond district if leaders do not meet demands 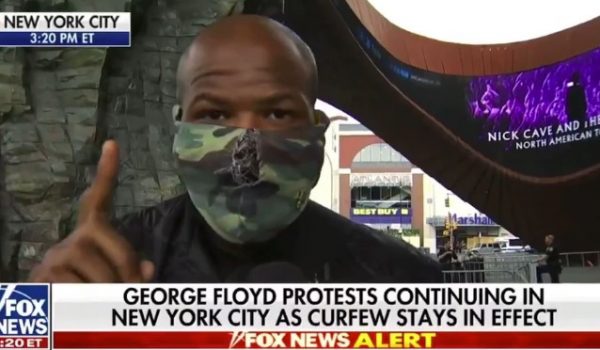