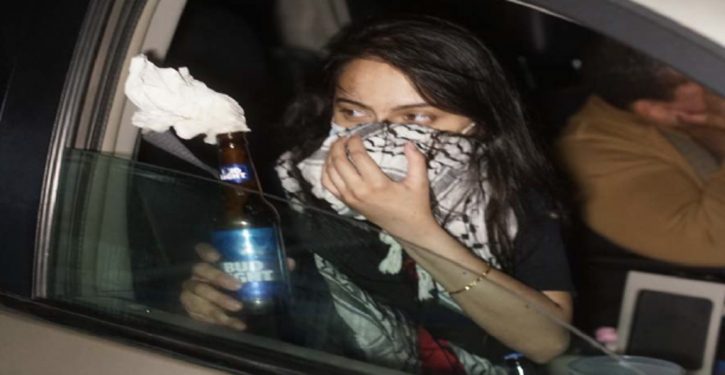 Urooj Rahman, preparing for the throw of a lifetime. U.S. Attorney, Eastern District of NY

A little intro to a story we ran as a headline on 4 June, about an “Obama-era intelligence official” named Salmah Rizvi.

This sounds jazzier when the individual is described as an “intelligence official,” but she was basically a translator who worked her way into an analyst role before heading off to law school (NYU, ’16).  She was an intern in Defense agencies – because of her translation skills – while still in college (Johns Hopkins, ’08).  That put her in her internships in the Bush 43 years.  She was also a Truman Fellow working in government during that period.

She worked in government for about 6 years, in her 20s, before leaving for law school.  Because she’s a Muslim and a go-getter, she ended up heading a committee at NSA dedicated to integrating Muslims more effectively in intelligence.  So the story is not unimportant, as it reminds us of the perennial priorities of the Obama administration. But her role and stature should not be overinterpreted.

A former Obama administration intelligence official who worked in both the Departments of State and Defense has guaranteed bail for a human rights lawyer accused of firebombing a police vehicle in New York City.

The former official, Salmah Rizvi, told a judge the alleged firebomber is her “best friend.” Rizvi, now an attorney at the D.C.-based law firm Ropes & Gray, helped secure the release of fellow lawyer Urooj Rahman by agreeing to be a suretor for her bail. …

Rizvi entered the legal field after a career in the Obama administration’s intelligence community, where “her high-value work would often inform the President’s Daily Briefs,” according to her bio at the Islamic Scholarship Fund.  The group gave Rizvi a law school scholarship sponsored by the Council on American-Islamic Relations, a radical anti-Israel organization that has been tied to the funding of global terror networks.

As Brent Scher notes, she got a law school scholarship sponsored by CAIR.  She was also a Soros Fellow during her time at NYU Law.