Joe Biden, whose 2013 claim that an AR-15 is “harder to aim” and “harder to use” than a shotgun suggested he’d never done either, is back with more gun advice. The former vice president’s most famous counsel on firearms was to his wife, Dr. Jill. “If there’s ever a problem,” he told her according to Parents Magazine, “just walk out on the balcony here and fire two blasts outside the house.” As Howard Portnoy noted at the time, following that recommendation could lead to multiple criminal charges against Mrs. Biden, including felony aggravated menacing and reckless endangering. (RELATED: Biden tells voter who confronts him on his gun policy ‘You’re full of sh*t’)

Undeterred by having made a fool out of himself once, the presumptive Democratic nominee was back on Monday to share his two cents on guns as they pertain to policing. And this time Biden’s advice came from any of a number of grade B movies: aim for the leg when rushed by an “unarmed” suspect “with a knife or something.”

.@JoeBiden says police should be trained to "shoot unarmed people in the leg instead of the heart".pic.twitter.com/yyRpWh1ZKh

Where to begin? Connor Narcisco, a combat medic in Afghanistan and husband of an emergency room provider at Johns Hopkins Hospital in Baltimore, writes at Wired:

Most of what we learn about gunshot wounds, we learn from watching television. A small sliver of this programming is actually educational, like the ballistics tests performed on Mythbusters. … But these examples are outliers. Depictions of gun violence in fictional shows and movies are routine, and often wildly imaginative. Those depictions are distorting understanding of what bullets can — or can’t — do to bodies.

He goes on to expound upon the damage that can be done, for example, when a bullet strikes the femoral artery, which runs down the thigh and supplies oxygenated blood to the leg. Bleeding out is a very real possibility in the event of such a wound.

Then there’s the matter of accuracy. As Jeffrey Denning of the Deseret News notes:

Seattle city council member: ‘I don’t want our constituents to be told looting doesn’t solve anything’
Next Post
Cartoon of the Day: Blackshirts 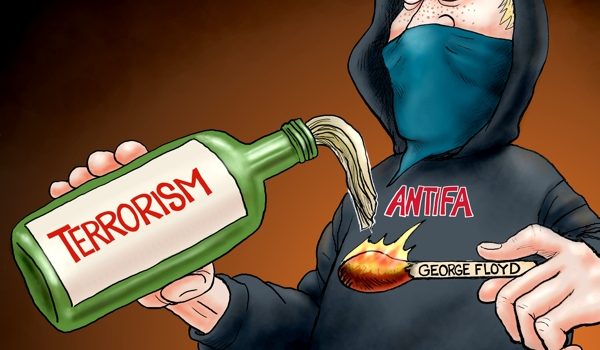