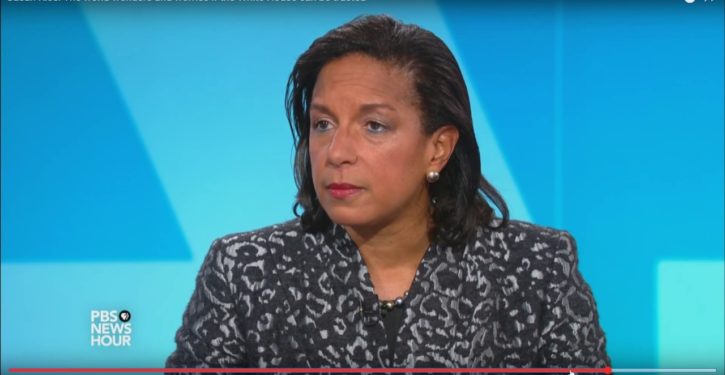 Former National Security Adviser Susan Rice claimed without evidence on Sunday that the Russian government could be funding violent protests across the U.S. in the wake of the police-involved death of George Floyd.

“I would not be surprised to learn that they have fomented some of these extremists on both sides using social media,” Rice told CNN’s Wolf Blitzer.

“I wouldn’t be surprised to learn that they are funding it in some way, shape or form.”

Rice was responding to President Donald Trump’s announcement that he plans to designate Antifa, the far left-wing activist group, a domestic terror organization.

Violent protests and looting have erupted in multiple U.S. cities over the death of Floyd, a 46-year-old black man, in Minneapolis. Video footage showed Minneapolis police officer Derek Chauvin kneeling on Floyd’s neck for nearly 10 minutes prior to his death. Chauvin was arrested Friday and charged with third-degree murder and manslaughter. (RELATED: Trump, White Supremacists And Russia: Here’s Who Democrats Have Blamed For Riots So Far)

Looting and rioting has ensued across the U.S. in the wake of Floyd’s tragic death. At least three people have been fatally shot during protests in Oakland, Indianapolis, and Detroit.

Rice also pushed the unfounded theory that white supremacists and right-wing groups are behind some of the social discord.

“To designate Antifa a terrorist organization, fine, but let’s also focus on the right-wing terrorists supremacists he called in the past very fine people. We have a problem here, Wolf,” she said.

That idea gained traction on Saturday, when government officials in Minnesota asserted that right-wing groups were responsible for most of the violence in Minneapolis.

“We are now confronting white supremacists, members of organized crime, out of state instigators, and possibly even foreign actors to destroy and destabilize our city and our region,” Minneapolis Mayor Jacob Frey said on Saturday.

Blitzer did not challenge Rice’s theories and instead agreed with the premise of point about Russia’s involvement in the social unrest.

“You’re absolutely right on the foreign interference,” said Blitzer, “because we know for decades the Russians, when it was the Soviet Union, the communists, they’ve oftentimes tried to embarrass the United States by promoting the racial divide in our country.”

“We’ve seen it for years, and, frankly, every day on social media, where they take any divisive painful issue whether it’s immigration, whether it’s gay rights, whether it’s gun violence, and always racism, and they play on both sides.”

Rice’s remarks are not the first time she’s floated an unfounded theory to explain an outbreak of violence that has led to the death of several Americans.

In multiple interviews on Sept. 15, 2012, Rice falsely attributed an attack on the U.S. consulate in Benghazi to a video about the Islamic prophet Mohammad. Four Americans were killed in the terrorist attacks.

Yes, the president could invoke the Insurrection Act to stop the madness. But then what?
Next Post
Iranian cyberattack aimed to raise chlorine level in Israeli water, killing innocents 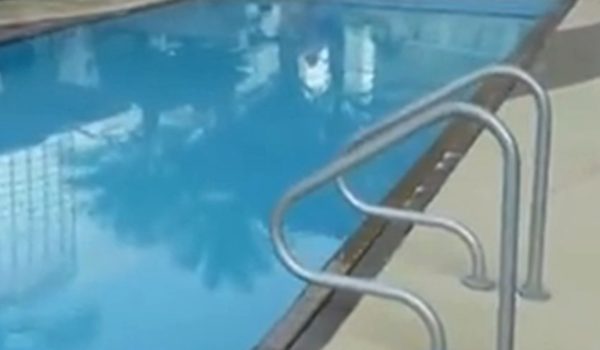