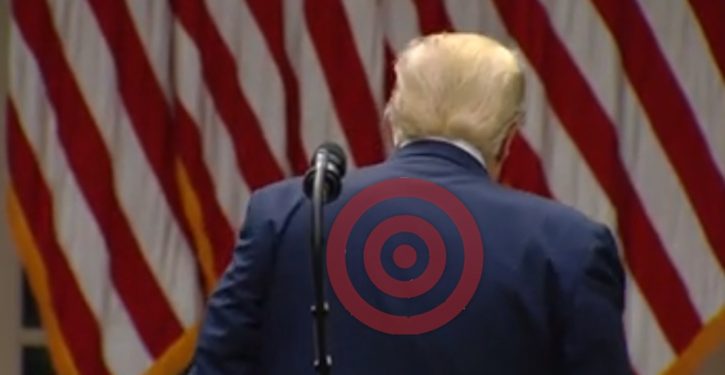 Dan Bongino had a good segment in his Thursday podcast on the Obama update to Executive Order 12333, the Reagan-era order that regulates the use and handling of intelligence on foreign targets by the U.S. federal intel agencies.  E.O. 12333 covers multiple types of intelligence, but in the last few years, its fame has been all about communications intelligence, and in particular, the treatment of incidental collection of U.S. person identities (USPI).

Bongino’s podcast video is below.  Elizabeth Vaughn has a useful summary of his segment at RedState, framed with the reporting that came out at the time the update was made to 12333.

As public understanding of the 12333 revision has matured, it has become easier to vector in on what really mattered about it.  The first time I made the point on this was in early 2017, shortly after Michael Flynn resigned as national security adviser.  It was evident from the leak about his phone calls with Sergey Kislyak (published on 12 January 2017) and the subsequent kerfuffle that led to his resignation in February that the revision to 12333 was central to what was going on.

But few readers were equipped at that time to understand the point.  I think people have a significantly greater understanding now, and can take it in without much further preparation.

So I’m not going to go back over mastered material here.  I assume readers understand enough now to grasp the final piece of this, and see what the whole enterprise was.

Dan Bongino concludes that the Obama administration wanted to give air cover to the people who had been tracking Michael Flynn and the rest of the Trump transition team with communications surveillance.  By the time the revision to the E.O. was made public, they had already done their sleazy work.  It remained to ambush-interview Flynn (done after the inauguration, on 24 January), but that wasn’t, per se, a matter of using or disseminating COMINT.

And I don’t disagree with Bongino.  The Obama administration certainly made the revision to 12333 to grant a semblance of rearview-mirror authorization to what the surveillance squad had been doing.

But this is what ultimately matters.  The revision to 12333 set up worker-bees in the agencies to keep doing it after Trump took office.

This is the passage from the New York Times article Elizabeth Vaughn cites that tells us everything we need to know.  (It’s a somewhat rare instance of a major media outlet getting it pretty much exactly right, in fact.)  Emphasis added:

“Searching through raw data” is not the process of formal unmasking.  That’s what the list of unmaskers released by Ric Grenell was doing.

Searching through raw data is what Admiral Michael Rogers of NSA detected a whole lot more people doing, in the years from about 2013 to 2016.  Those people were anonymous analysts, for the most part.  They were worker-bees using search terms creatively to return information to them that effectively revealed the identities of U.S. persons who were party to the communications they could search on.

My theory from the very beginning – literally, from February 2017, right after Flynn resigned – has been that the people who were doing this also included staffers at the National Security Council, who may or may not have had “analysis” as their principal job.  That’s where Susan Rice’s spreadsheets came from.

I’ve explained that in the years between 2012 and 2016, the implementation of a new Intelligence Community Information Technology Enterprise (ICITE, pronounced “eyesight”) brought this capability to thousands of desktops around the IC.

And what the capability meant was that officials just under the level of accountability and notoriety could slog away uncovering USPI on Americans through the “back door,” as long as the ICITE architecture was left in place.  Out of 17 agencies, plus the virtually unaudited crossroads of the NSC staff, there were half a dozen locations to do this in.

The revised E.O. 12333 gave such continued activities cover. There would be corners where it might even have been kept up indefinitely – spying for the next four years on the Trump administration, from analyst desks in the agencies – if not for two individuals.

Those individuals were Mike Rogers, who blew the whistle in October 2016 and set in progress an accountable, formal wirebrushing of the USPI abuse, and Devin Nunes, who could tell something was wrong by mid-January 2017, and didn’t let it go.

Why do I say the Obama executive order tells us everything?  Because it tells us the outgoing Obama administration intended to continue the spying, even after its senior officials no longer controlled the intelligence community agenda.  (We had another, corroborating means of knowing that: the Carter Page FISA authorization, which was renewed without top-level cognizance in the Trump administration even after Trump took over.)

The maneuvers to keep the spying assets in place are a strong indicator that this was about a coup – what was effectively a coup – from the very beginning.  The need to keep spying is what drove the Obama alumni to take the risk of revising 12333 in such a curious manner, with only weeks left for Obama in office.

And one more time: that is one of the top three or four things Mike Flynn would have rooted out immediately.  He couldn’t be allowed to be the national security adviser and populate the NSC staff with his people, while rotating out the Obama people.  The Obama alumni needed their legacy staffers in the NSC jobs (and probably some of the agencies), with continued access to those desktops, and an NSC leadership unalerted to what was going on.

One more point on 12333.  This is a telling one.  Previous revisions to 12333 had been made by promulgating new executive orders, which deleted, replaced, and/or added language in the original (issued by Reagan in 1981).

But the revision made in January 2017 was done less visibly via a supplemental communication signed by James Clapper, the DNI, and Loretta Lynch, the Attorney General.  It became effective with Lynch’s signature on 3 January 2017.

The supplement is classified.  But classified supplements can be entered as amendments with a presidential signature on an E.O.  They wanted instead to do this one without fanfare, and with as little outside scrutiny as possible.

Fortunately, Rogers and Nunes both entered caveats that spiked their guns.  In 2017, Rogers shut down at least some of the IC users’ functional capability to retrieve USPI by searching raw data.  The April 2017 order from the FISA court, prompted by the review Rogers had set in motion in October 2016, was the basis for making that happen.

And Nunes exposed the fact of the inappropriate activity in March 2017, even though he didn’t go into chapter and verse for the public on the particulars.

It remains at this point to see how much of it may be prosecutable.  I’m hopeful we’ll find that out, when John Durham makes his move here shortly.