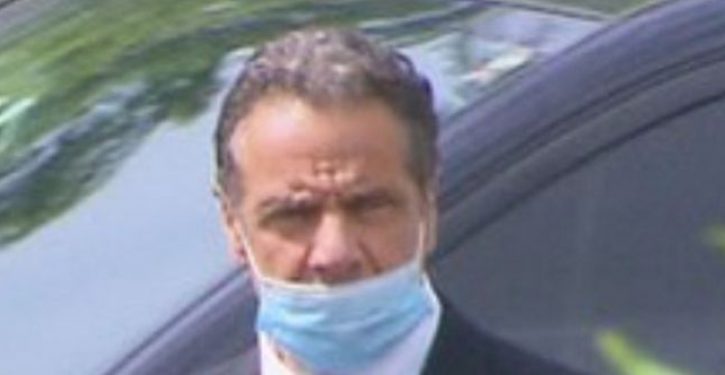 The Left has drawn a line in the sand when it comes to wearing a mask. It’s all part and parcel of their fancying themselves to be the “party of science.”

As a facet of their crusade to put a face mask on every living soul, the media now preface any and every news stories conducted outdoors with a critique of who in the immediate environment is and isn’t practicing mask safety. When CNN’s Dana Bash interviewed Joe Biden at his Delaware home, the network made a big deal out of the fact that the two were positioned twice the required distance away from each other. 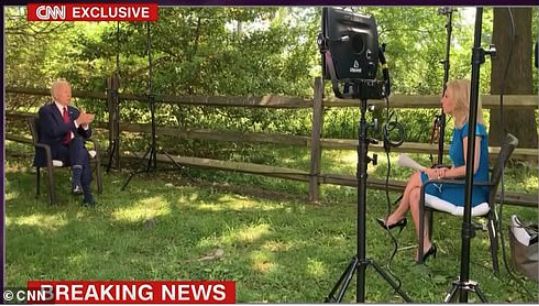 Never mind that they probably had to shout to be heard. The former veep and his water carriers in the media were proving they were holier than thou. Biden even used the occasion to call the president a “fool” for not masking up.

Sometimes these lectures backfire, as happened on Tuesday. Two MSNBC reporters had just spent several minutes lamenting the callousness of bare-faced Wisconsinites only to have it pointed out to them that their own camera crew were maskless.

But for all the Left’s preaching, some dedicated mask wearers just aren’t getting the hang of it. One is this genius, who told a clerk at the store where she was shopping, “This makes it a lot easier to breathe.”

But it’s not only the hoi polloi who screw up. The photo at the top of the page, for example, is a governor of a big state and has designs on becoming president. Some people have had fun at this expense on social media. 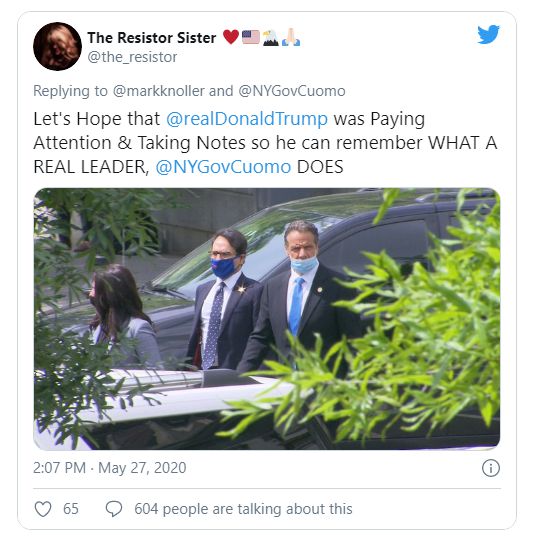 Who wants to be the one to tell him?